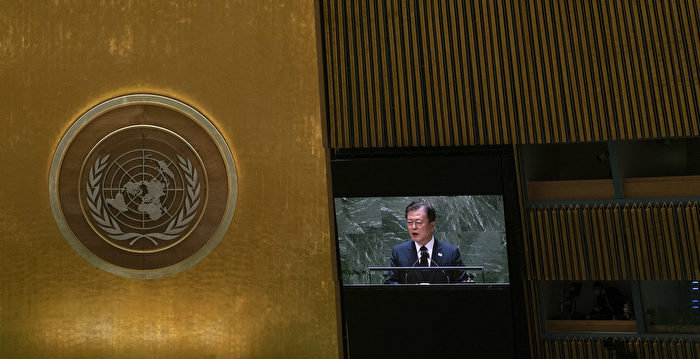 The United Nations Human Rights Council has a total of 47 seats, and about one-third of the seats are re-elected every year, and new members are elected according to the number of votes received. A total of 8 Asia-Pacific countries participated in the election, and the top four countries with the most votes won the seats.

South Korea is the ninth-ranked country in the world in the proportion of the United Nations’ regular budget from 2022 to 2024, and this election result came as a shock to South Korea.

South Korean media JoongAng Ilbo said in a report on October 13 that South Korean foreign ministry officials said in a meeting with reporters on October 11 that South Korea participated in 14 international agencies’ election campaigns this year, and the number was too large. the greatest impact. The official also said that some countries believe that South Korea has too many major institutions to enter as a member of the council, and this psychology has also caused a certain impact.

He said, “(Under the Moon Jae-in administration) South Korea has not participated in the joint proposal of a UN resolution condemning North Korea’s human rights crimes since 2019. freedom of speech.”

Joo Ho-young also said that South Korea “succumbed” to North Korea and that the Moon Jae-in government “give up the Human Rights and Freedom Alliance in order to shake hands with North Korea.”

The Chosun Ilbo reported on October 14 that there were remarks in the South Korean diplomatic community that during the five years of the Moon Jae-in administration, South Korea lost its leadership in the United Nations Human Rights Council, or was questioned many times on human rights-related issues. , leading to the deterioration of international public opinion. Because the current elections are based on the human rights-related initiatives of various countries over the past few years.

On March 30, 2021, the “Law on the Development of Inter-Korean Relations” (also known as the “Prohibition of Distributing Anti-DPRK Leaflets”) issued by the South Korean government came into effect. The UN Human Rights Office and North Korea’s special rapporteur on human rights, among others, expressed concern that the decree “will restrict the freedom of expression of human rights activists” and sent a letter asking the South Korean government for an official response.

The JoongAng Daily also stated that South Korea has a view that it should reflect on the negative human rights policies of the Moon Jae-in government. In addition, due to concerns about the relationship between South Korea and China, the South Korean government did not express a special position on the CCP’s suppression of the pro-democracy movement in Hong Kong and human rights in Xinjiang; nor did it directly condemn the Russian invasion of Ukraine and the massacre of civilians in Ukraine.

South Korea’s “Dong-A Ilbo” issued an article on October 14 saying that it is undeniable that South Korea has negatively treated North Korea’s human rights issues in the past, which has weakened the status of the candidate country.

The article said that the result of this election will inevitably have an impact on the promotion of “value diplomacy” by the Yoon Suk-yeol government, which is guided by freedom and human rights. “Under the new Cold War situation, opposition to the division of the international situation, and the opposition and restraint of the human rights policy centered on developed countries by third world countries are also likely to intensify. Now is not the time for the old and new powers to start a war of ‘blame’ offense and defense.”

The article concludes that the South Korean government should thoroughly investigate the process and process of why South Korea, which ranks ninth in the world in terms of contribution to the United Nations’ contribution, got this result, and identify the responsibilities.

The article believes that in order for South Korea to play the role of a global central country in the international community in the future, this is a necessary review.

The state of Florida paid $1 million to move 100 migrants