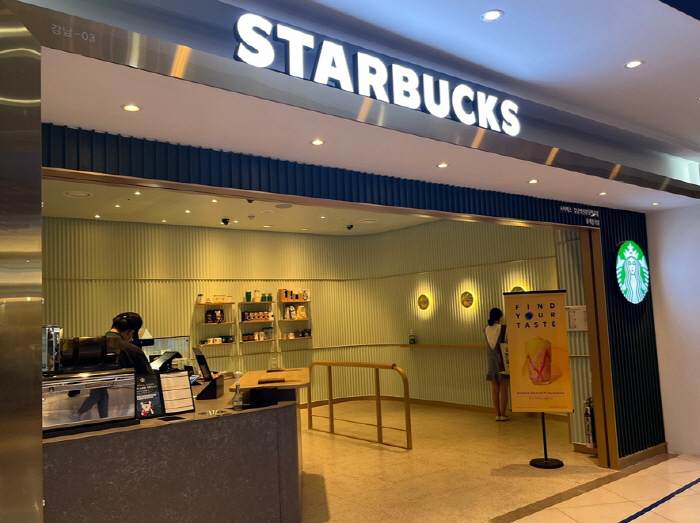 Starbucks, Korea’s No. 1 coffee franchise that claims to be a cultural and resting space, has exceptionally opened ‘Subway Starbucks’. It is operated as a take-out restaurant with no separate seats. In July of last year, E-Mart took over an additional stake in Starbucks’ headquarters in the United States and became the largest shareholder (67.5% stake). However, Starbucks said that it had nothing to do with E-Mart’s takeover.

According to the retail industry on the 26th, Starbucks opened the first subway station store in Korea, ‘Gangnam Station Shinbundang Station Branch’ on the 12th in the underground passageway from Gangnam Station on Line 2 to Shinbundang Station on the Shinbundang Line. Starbucks is known as a coffee shop that values ​​the atmosphere of the original space. As the ‘Starbucks sensibility’, often referred to by regular consumers, is a popular factor, it is said that this opening of a store without a seat is unusual.

Of course, this isn’t the first time Starbucks has opened a takeout restaurant. Starbucks currently operates 11 specialty takeout stores in special commercial areas such as baseball fields, hospitals, and airports. According to Starbucks, the Gangnam Station Shinbundang Station branch also belongs to a special commercial area. A Starbucks official said, “The advantage of the Shinbundang Station branch at Gangnam Station is that it can be combined with a siren order to quickly receive a drink during rush hour when office workers are crowded. We will continue to increase it,” he said.

With regard to the store, some observers say that E-Mart is changing its store opening strategy to focus on profitability by acquiring an additional stake in the Starbucks headquarters in the United States. The marketing slogan ‘I like what you like’, which has been criticized by some consumers for saying it doesn’t fit with the ‘Starbucks sensibility’, has also been criticized for changing its marketing strategy after the change of the largest shareholder.

However, a Starbucks official said, “Neither this new store opening nor the ‘I like what you like’ campaign have nothing to do with E-Mart’s acquisition of shares.” The official said, “The controversial phrase is a part of the brand campaign ‘FIND YOUR TASTE’, which was planned in the sense of respecting diversity. will come to you,” he said.

Léolia Jeanjean and Hugo Gaston without shaking, Iga Swiatek and Medvedev at the rendezvous