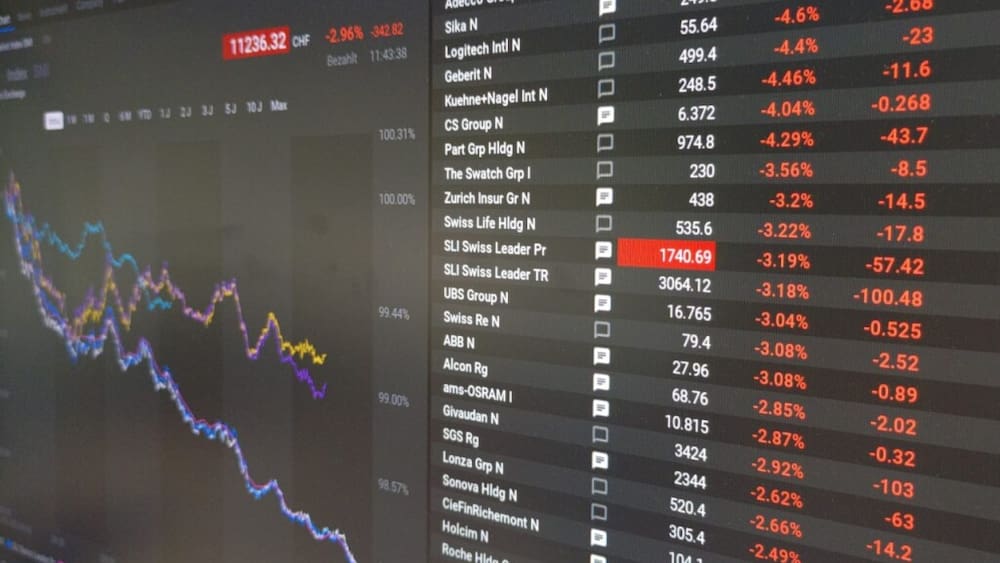 Sometimes they are also very clear. The specter of interest is back, comments one trader. Investors simply ignored the recent statements by Fed Chair Jerome Powell. “The supreme monetary authority has announced that it will raise interest rates until inflation falls – and if necessary, to act even more aggressively.”

Another observer speaks of “fear trading”. After the optimism that flared up briefly over the course of the week, investors are now focusing entirely on the consequences of persistently high inflation. The disappointing figures from large retailers have added fuel to the fire, especially in the USA.

Now there are fears that consumer and household spending, corporate performance and growth in general will suffer from the persistently high rate of inflation. In addition, the market continues to price in further monetary tightening, increasing pressure on riskier assets.

In Europe, the most important indices such as the German Dax, the British FTSE 100 or the French Cac-40 all fell by more than 2 percent.

All 20 SMI titles drop between 1.3 percent (Novartis) and 4.9 percent (Nestlé). Above all, the minus at Nestlé burdens the overall market. These taxes alone account for almost half of the lost SMI points.

A negative comment from the analysis company Bernstein is weighing on the shares of the food giant, as is the weak data from the USA. Not surprising given the latest US news, consumer discretionary and retailers are currently among the worst performers.

The “fear trade” can currently also be seen on the foreign exchange market. The Swiss franc is living up to its reputation as a “safe haven” and is strengthening against both the US dollar and the euro. At rates below 1.03, the euro/franc pair currently has a trading range of one centime between the daily high and low. So is the dollar/franc pair, which is back below the 0.98 level after trading above parity on Tuesday.

The increased volatility is also noticeable in the VSMI. The volatility index increases significantly in the course of trading and is currently gaining almost 15.9 percent to 24.1. (SDA)

for its launch, its price is reduced at Fnac