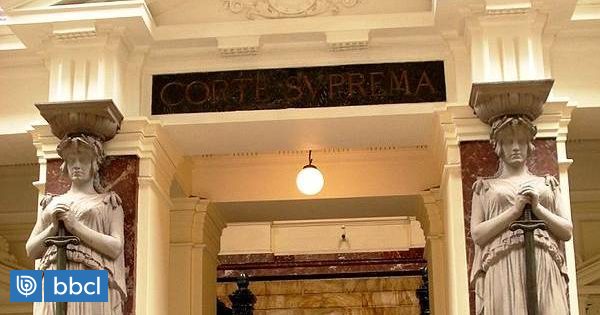 The Supreme Court accepted the amparo appeal filed in favor of a Venezuelan citizen and annulled the exempt resolution of the Santiago Metropolitan Intendancy that provided for his expulsion from the country.

It is about an individual who was arrested on April 12, 2017 for his participation in a robbery with intimidation. Later the justice sentenced him to 3 years and 1 day of intensive probation.

In a divided ruling, the Second Chamber of the highest court established that the resolution of the administrative authority (Intendancy) is incomplete by founding the expulsion on the sentence he is serving under protection, without having the background of family and work roots.

“That the penalty imposed on the protected person at the time, and that served as the basis for the issuance of the exempt resolution that is being challenged in this way, is being satisfactorily fulfilled through a substitute penalty, such as intensive probation” , raises the ruling.

The resolution adds: “That, for the purposes of issuing the resolution that ordered the expulsion of the protected person, there was no relevant information to demonstrate his roots.” The latter, because his brother and his current partner reside in the country, both also Venezuelans.

The resolution states that the expulsion of the Venezuelan citizen, and the consequent prohibition of entering the country, is based solely on formal security criteria and not on a certainty that the presence in the country of the protected person is detrimental to national interests.

With the ruling of the highest court, the expulsion decree is annulled, so that he will be able to continue serving his sentence to intensive probation in Chile until the end of this year.