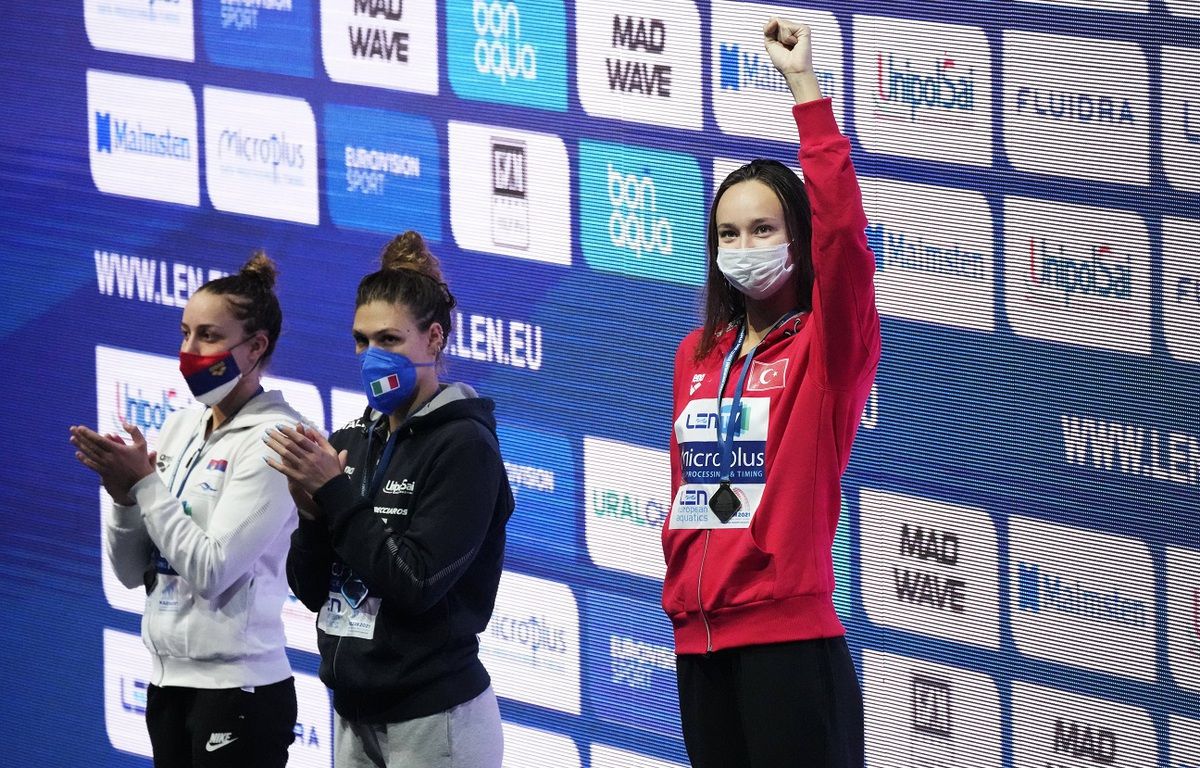 She had to flee from Crimea in 2014, when Russia invaded this Ukrainian province. Viktoria Zeynep Gunes, who was then called Viktoria Solntseva, had found refuge in Turkey, a country from which she took nationality. After the invasion of the troops of Vladimir Poutine in her home country at the end of February, the swimmer, who won gold in the 400m medley at the European Short Course Championship in 2021, was very worried.

“What happened is frightening. I still can’t believe this happened in my country. I am worried about my loved ones. I am very afraid for the life of the Ukrainian people,” she told Turkish media AA three weeks ago.

In protest, Viktoria Zeynep Gunes posted on Instagram a photo where she is seen stomping on the russian flag. A gesture that triggered the indignation of politicians in Russiaincluding Dmitry Alexandrovich Svishchev, deputy to the State Duma, one of the two chambers of the Russian Federal Assembly and president of the Russian Curling Federation.

The latter asked the International Swimming Federation​ (Fina) sanctions: “It’s really disgusting. I would like to believe that Fina as well as other relevant organizations will penalize the athlete for this behavior. Such provocations must be punished regardless of the country to which they are directed and regardless of the country represented by the athlete who commits them. »

Beyoncé made a smashing return to the Oscars, her first live performance in 2 years

Exposure to toxic metals promotes the onset of heart disease, according to experts in Laboratory Medicine