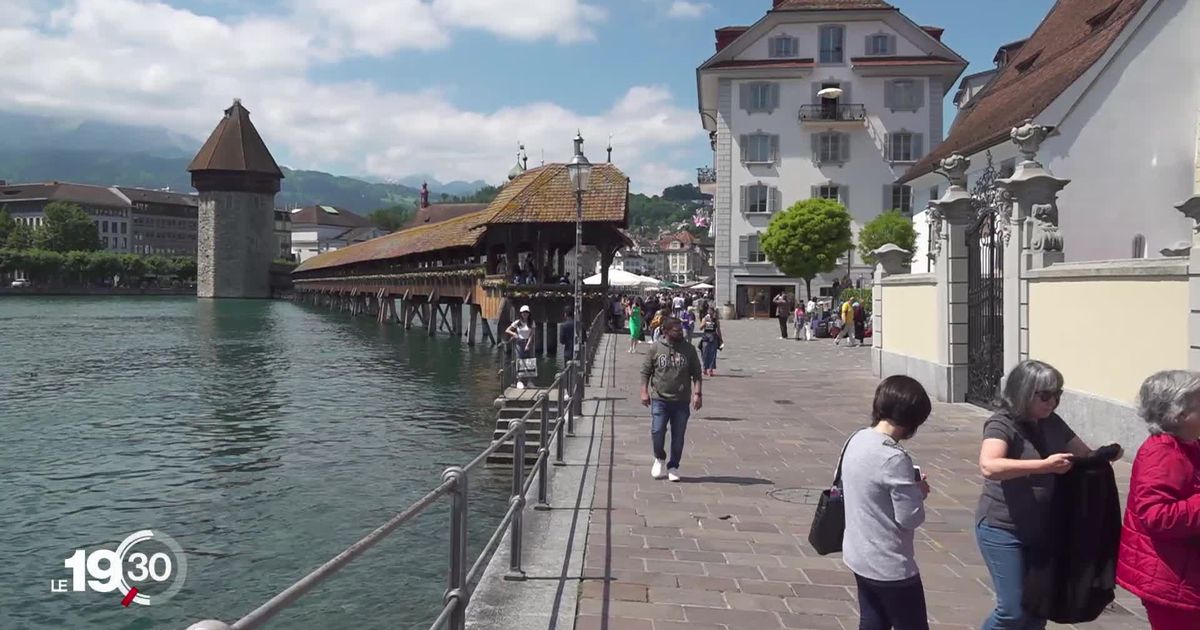 After two years of pandemic and despite the war in Ukraine, Swiss tourism is recovering. However, inflation and the absence of Chinese tourists are being felt, disrupting a rapid recovery in the sector.

In Lucerne, a hotspot for international tourism before the pandemic, long-haul tourists are beginning to return to the Chapel Bridge, as seen at 7:30 p.m. On the tourist emblem of the city of central Switzerland, we come across Vietnamese or New Zealanders who did not hesitate to travel to Switzerland, despite inflation and the war in Ukraine.

A little further on the shore of Lake Lucerne, a five-star hotel suffered the full brunt of the outbreak of the Ukrainian conflict, which resulted in a salvo of cancellations mainly from American tourists. But since the beginning of May, reservations have started to rise again with guests mainly from the United States, South Korea and India.

“During the pandemic, we mainly had a Swiss clientele. We like that, but it’s better when there is a mix. Now, in May, we see that the markets are evolving healthily”, explains general manager Gabriel Stucki on Saturday in 7:30 p.m.

Chinese tourists who are desired

The Swiss hotel industry is recovering, even if for the first quarter of 2022, the number of overnight stays is still 13.6% lower compared to the same period in 2019.

“Currently, the forecasts are good for Swiss and European customers”, observes Damian Constantin, director of Valais/Wallis Promotion. “However, it is difficult to know whether this will be enough to compensate for the absence of distant markets, which are still very far from reaching their pre-crisis level, although American customers have started to return,” he said. -he.

In Lucerne, it is mainly Chinese visitors who are desired. Example in a souvenir store where, without this Asian clientele, the turnover is four times lower than in 2019, a record year.

“They happily buy watches, chocolate, knives. Above all, they are there all year round, not only in summer, but also in winter. And we miss that very much,” says a trader.

Due to the conflict in Ukraine, the Russians are also missing, notes Marie Forestier, manager of the Bon Rivage hotel in La Tour-de-Peilz (VD). “It’s a qualitative clientele, which stays long and spends a lot. Regarding the Chinese clientele, it is also very important. In 2019, it represented 1,400,000 overnight stays. This year, we are going to have a hard time make up for them,” she said.

The big challenge currently for Swiss tourism is inflation, even though Switzerland is already an expensive holiday destination. “The effect is likely to be felt in particular on European customers,” said Damian Constantin. “But customers are ready to pay for quality,” he relativizes.

According to a survey conducted by HotellerieSuisse in early May, more than half of establishments have increased their prices compared to last year. In the majority of cases, the increase is explained by higher purchase prices, for example in energy, while a third of hotels justify this increase by higher staff costs. “However, the problem could still worsen in the face of the shortage of skilled labour,” notes the umbrella organization.