On the 29th, just before his retirement, General Bajwa referred to the political failure in Bangladesh in a meeting at the military headquarters in Rawalpindi.

Bilawal responded by quoting history. Addressing a rally on the 55th anniversary of the founding of the Pakistan People’s Party (PPP), Bilawal said that the setback in Bangladesh was a military defeat.

Alina Islam Ayat (5) disappeared on November 14 shortly after leaving her home, located in a small town in Bangladesh, in the direction of a mosque. After days of intense search, only parts of the body of the small fan of the national team could be recovered argentina.

As the alleged perpetrator of the murder, local police arrested Abir Ali (19). During the interrogation of the security forces, the young man revealed details related to the murder of the minor and the reasons behind the kidnapping. He according to him specified Bangladesh News 24, Abir was a tenant in the house where the five-year-old girl lived.

Mira: Five years after the Rohingya genocide: a stateless ethnic group that lives in persecution

The product of a stay of several months in the residence, he had a good relationship with the Ayat family and had earned their trust. But he had no job or resources, and in mid-November he was determined to kidnap someone for ransom.

Unfortunately, he came across the girl. When he saw her leave her house towards the place of worship – where he was studying Arabic – he quickly approached her, picked her up in her arms and took her to the home of an acquaintance of hers. Even though everything was going according to plan, Abir was seized with panic.

But he panicked he decided to strangle the little girl, cut her into pieces and throw them into the sea.

Simultaneously, Sohail Rana -Alina’s mother- distributed flyers throughout the town in the hope of getting information about her daughter’s whereabouts. Her father reported her disappearance at the police station, claiming that he would start the search for the little girl in open fields and by analyzing surveillance cameras.

It would not be until last Friday that, after the arrest of the suspect, he himself would lead authorities to a drain near the gate on Akmal Ali Road and then to the seashore in the bay terminal area near Outer Ring Road. It was there that Alina’s body could be recovered.

The other elements that prove the story told by the alleged murderer are the discovery of a cane used to hit the girl -which had been hidden high up in a tree- a sandal that belonged to him and the SIM card that the young man would have used to call the family and demand the ransom.

‘It has been hacked, the locals should save it before they get involved’ – the thief’s phone call to the police station Fearing Mob Justice, Thief In Bangladesh Calls Cops On Himself

Dhaka: A thief who entered a grocery store to steal was arrested after fearing the locals and calling the police. The incident happened in a grocery store in Dhaka, Bangladesh.

40-year-old Yasin Khan was arrested after reporting the robbery attempt to the police. The thief broke into a closed grocery store in the southern town of Barisal early Wednesday morning and stole items from the shelves.

Yasin Khan came to know that it was dawn when he finished his work and was about to go out. It was learned that the locals reached the shops and the shop where he had entered to steal was surrounded by the locals. The angry mob was gathering violently.

Fearing an attack, Khan called the police emergency line and sought help. Local police chief Asaduzzaman said that he called the police saying that he had tried to steal and that he was afraid of being harmed by the locals and wanted to save him.

“We went to the shop and brought out the thief and took him into custody before the mob hit him,” the police chief said.

The police chief added that he has never had the experience of a thief calling the police himself.

Store owner Jondu Mia told reporters that Khan had stuffed valuables into a big bag but could not escape from the spot.

Police said Khan was arrested after he confessed to the attempted robbery. Later, the police found that he was the suspect in many other robberies in the area.

New Delhi ∙ India falls again in the Global Hunger Index (GHI). It ranks first in the world in child malnutrition with 19.3 percent. 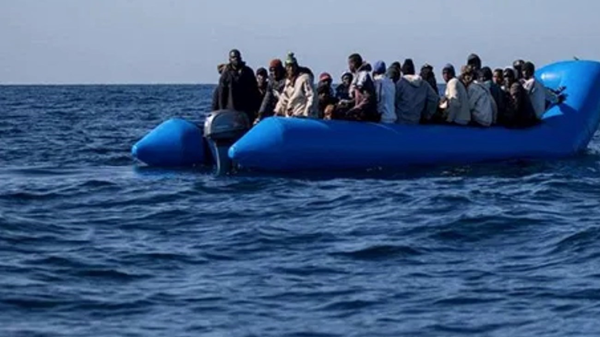 More bodies were found by divers on Tuesday after an overcrowded boat capsized in a river in the north of the country at the weekend, Bangladesh officials said, raising the death toll to 67.

The boat capsized in the Korotoya River on Sunday afternoon while on its way back from a Hindu temple located on the opposite bank in the northern Panchagarh district.

Authorities said the death toll rose after divers pulled at least 26 more bodies from the river on the third day of rescue operations. At least 10 people are still missing, according to reports.

Rescuers and local volunteers found 24 bodies on the first day of the search and rescue operations, officials said.

Yesterday, Monday, they recovered 17 bodies, seven of which were found 20 kilometers from the site of the accident. And the private network Sonomi published pictures taken with a mobile phone camera, showing how the overcrowded boat suddenly sank, causing the passengers to fall into the middle of the river.

It is noteworthy that the incidence of deaths due to capsized boats is a common occurrence in Bangladesh. Experts say poor safety procedures and fragile enforcement of safety restrictions are behind these accidents.

Islamabad: It is reported that the Pakistani government has rejected the promise given by Bangladesh to Pakistan which was drowned in floods. Pakistan has rejected Bangladesh’s offer of 14 million taka (about $145,000) in humanitarian aid as monsoon floods turn into a major disaster in Pakistan, local media reported.

Bangladesh Ministry of Disaster Management and Relief released funds on September 1 for 10 tonnes of biscuits, 10 tonnes of dry cakes, 1,00,000 water purification tablets, 50,000 packets of oral saline, 5,000 mosquito nets, Rs 2,000 crore. The government of Bangladesh has announced that this aid will be sent to Pakistan soon.

But Khama Press reports that Islamabad has not yet accepted Bangladesh’s help. According to Bangladesh Prime Minister Sheikh Hasina, the Awami League government has always been generous to humanity and has instructed the relevant authorities to help in relief efforts in Pakistan.

“Pakistan’s military is averse to an aid proposal from Bangladesh, as such relief aid would undermine Pakistan’s global image,” according to local media.

At the same time, the Express Tribune reports that the Pakistani government estimates that the economic losses and damages in the country may be close to 40 billion dollars due to the floods in Pakistan.

Based on the interim report presented by the Ministry of Finance of Pakistan, the flood response center meeting held yesterday estimated that there was a loss of 40 billion dollars.

A flash flood in the driest hills on Earth, followed by a waterfall!

Pakistan devastated by flood; The death toll exceeded 1,300, with one-third of the country under water