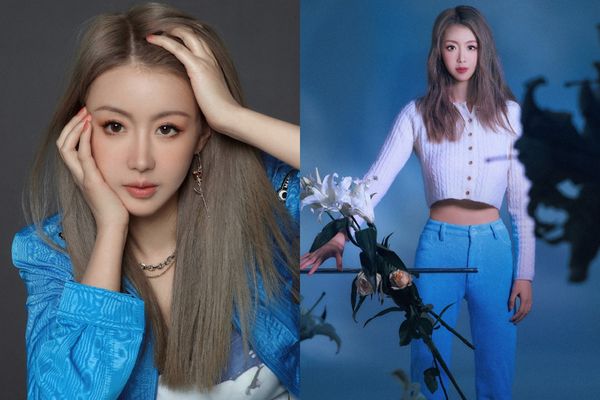 The 35-year-old Internet celebrity “Mint Sauce Xiao Q” in mainland China started her career by introducing medical and beauty care products. She has accumulated millions of followers on Weibo. She has not posted any more since the end of April last year. With the news that she is in the terminal stage of cancer, and because of the closure of the epidemic, she cannot continue treatment. She also released her photos for the first time and officially said goodbye to fans, which caused many netizens to feel distressed.

▲ Xiao Q’s first appearance was to announce the news of his end of cancer. (Picture / Retrieved from Weibo / Mint Sauce Xiao Q)

Xiao Q posted a post on Weibo on the 22nd, frankly saying that he had stomach cancer, and that he had entered an advanced stage, and could leave at any time, “I am afraid that it will be too late to say goodbye to you. She revealed that the cancer she got was the most dangerous type, but she didn’t feel any discomfort before she discovered it, “It should be a family inheritance + gene mutation, and the doctor couldn’t tell, just that this disease is always easier for young women to get. “

Xiao Q said that she had tried her best to treat her. She had undergone surgery on her stomach and small intestine, and had undergone numerous chemotherapy and various treatments, but she could not stop the spread of cancer cells. In centimeters, she was also so thin that she only had just over 30 kilograms left.

Xiao Q said that since she was a child, she had a vague feeling that her genes were not good, and she had a hunch that she would not live long, so when she was in elementary school, she wrote “I will not live long” in her diary, “Now I finally believe in fate and metaphysics, Beyond science, there’s a lot we don’t know yet.”

▲ Xiao Q admitted that he had a hunch that he would not live long since he was a child. (Picture / Retrieved from Weibo / Mint Sauce Xiao Q)

Xiao Q currently lives in Chaoyang District, Beijing. She pointed out that although the place where she lives is not closed and controlled, it is difficult to seek medical treatment due to the suspension of traffic. She also mentioned that she originally wanted to go to the target site in Shanghai, but it was postponed indefinitely. “I definitely can’t wait. Of course, I don’t want to be cured, and I can’t cure it. It’s too painful, every minute and every second is suffering, and there is no hope.” She admitted that the biggest regret is because of the epidemic control. Relationship, there are many relatives and friends who have not seen the last side, “They are all trying their best to come, I hope I can survive until the moment of meeting.” Fortunately, my parents have come to accompany me.

In addition, Xiao Q, who has never shown his face, also released his photo for the first time, saying that it was taken before the operation last year. “I knew at that time that it would be my last photo, but I like it very much.” I hope fans can also She likes the way she looks, “I will always be in the year of 35.” In the end, she also sighed: “I only hate myself for having a rough fate, and I am sad that I died at an untimely time.” “I hope a miracle will happen”, “I hope it’s fake news”.

Afraid that it will be too late to say goodbye to you, I will officially say goodbye to you while I still have a little strength to type. I haven’t updated for a year, because I’m sick, I have an incurable disease, advanced gastric cancer, and now it’s terminal, and I may leave at any time.

Unfortunately, I got the most dangerous gastric cancer, signet ring + poorly differentiated + diffuse type + stage 4. I didn’t feel any discomfort before I found it, it should be family inheritance + gene mutation. It is easy for young women to get. I have tried my best to treat it, I have had my stomach cut out, my small intestine cut out, countless times of chemotherapy, targeting, pd1, and even using carnk, but it still can’t stop the development of cancer cells, I’m getting more and more serious, and I can’t stop it at all. Eating and drinking, semi-paralyzed in bed, and relying on infusions to maintain signs, 168’s height and weight are only a little over 60 pounds.

I have always felt that my genes are not good. When I was very young, I had a clear premonition that I would not live long. I have always had this clear idea. It may really be fate, I knew when I was in elementary school that I would not live long and wrote it in my diary. Now I finally believe in fate and metaphysics, there are many things we don’t know beyond science.

I live in Chaoyang District, Beijing. Although it is not a closed-and-controlled area, I have no access to transportation, and there are many obstacles to seeking medical treatment. It is even more impossible to seek medical treatment in other places. The clinical targets to be tested have been postponed indefinitely in Shanghai. I must wait. I can’t get it anymore, of course I don’t want to be cured and I can’t cure it. It’s too painful, every minute and every second is suffering, and there is no hope.

It’s just a pity that I couldn’t see many relatives and friends for the last time before my death. I really hope to take some group photos to leave the last memory. Due to lockdown, stillness, pop-up windows, and home isolation, friends in Beijing are unable to meet, let alone friends from other places. They are trying their best to come here. I hope I can survive until the moment we meet. Except for the friends in Shanghai, it must be eternal life and never see each other again.
Fortunately, my parents finally came to my side.

This is a set of photos I took before the operation last year. I probably knew it would be my posthumous photo at that time, but I like it very much. I haven’t been on camera since I was a blogger, and I hope everyone likes my appearance. I will always be fixed at the age of 35.

I only hate myself for having a rough fate, and grieve that my death is not in time.

►Rainie Yang accidentally grabbed the bag of the classic song “Renamed indiscriminately”, she was dumbfounded and asked for help: reflect it for me

►News/TWICE 3 people diagnosed in one go!Tzuyu, Nayeon, and MOMO have symptoms after returning to Korea from the United States

►The male star believes in “collective immunity” without a mask, and the Italian honeymoon was trapped for 10 days and sprayed 44,000

This artist was a regular customer of the morality police?… She married a very wealthy Saudi prince… and she slapped Mahmoud Yassin in the face for an incredibly shocking reason.! !

The result of the association’s pilgrimage lottery.. Solidarity: The cost of this year’s pilgrimage trip is 87 thousand pounds