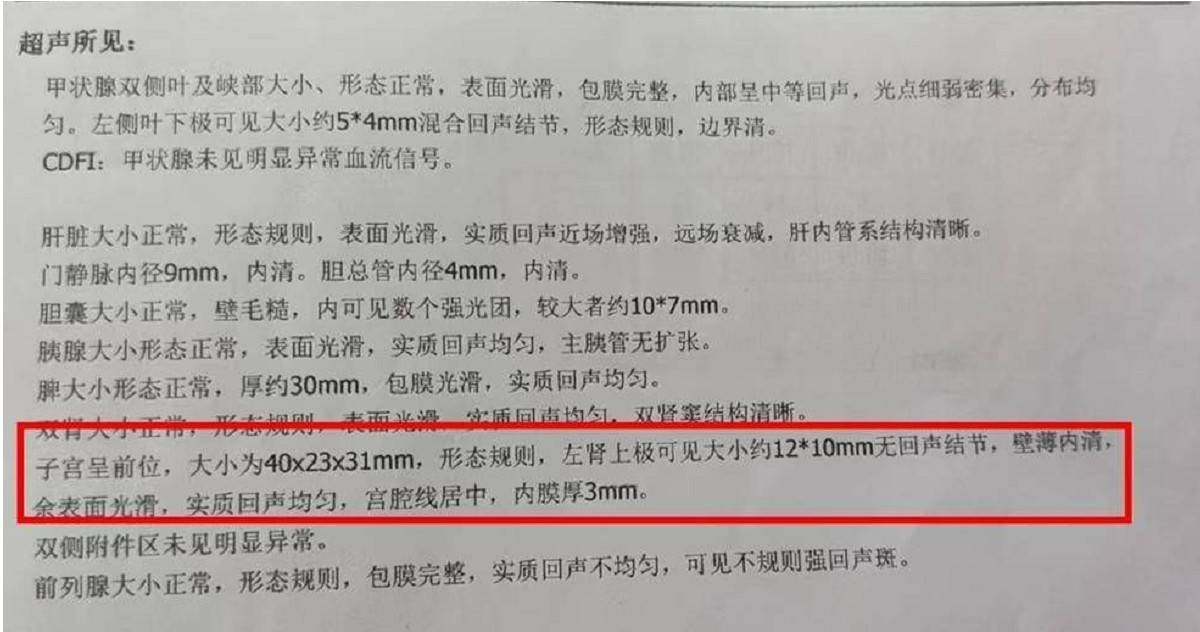 A married man had a health checkup in the hospital. He didn’t expect to get the results a week later. The report actually wrote that the man “has a uterus”, which made the husband dumbfounded on the spot!

This incident happened in Yongzhou, Hunan. According to the local “Boiling Point Video”, a 42-year-old man surnamed Tang broke the news that his uterus was found on the report form after a medical examination in a hospital. Eat in the mood.

According to reports, the married man had a health checkup at a local hospital. After the checkup, the backyard said it would take nearly a week to get the results. Unexpectedly, when he retrieved the report, he found that he had a uterus test. The health examination report transmitted from the Internet shows that the gender column of the personnel is male, but in the examination results below, it shows that the man has a uterus detected, and there are report results such as uterus in anterior position, regular shape, and thin wall.

The man thought he had a strange disease, and even his wife began to doubt his life. “She said it was written like this on the medical examination report, so there must be something wrong.” Tang Nan returned to the hospital after the incident. Unexpectedly, the staff explained that the data was wrong. The data of the previous tester was not deleted and was directly attached to Tang Nan’s report. In addition to apologizing after the incident, the hospital also said that the man could come back to the hospital. Do a health check. However, Tang Nan said that he would go to another hospital for a health check.

Vision “Wirot-Suchatchavee” to solve the floods in Bangkok | Dark night news | 19 May 65 : PPTVHD36