In Acapulco Guerrero, a group of men works at high speed at the foot of the cypresses of the El Palmar municipal cemetery, to end 300 new graves given the foreseeable number of deaths from coronavirus.

The place has been built for low-income families or for those who for fear of getting infected do not attend funerals.

The tourist gem has lived with the problem of saturation in its hospital and funeral services long before the arrival of the virus due to the problems of drug violence.

In the state of Guerrero, the corpses by COVID-19 can be buried or cremated, but they must be kept in a special bag and within a maximum period of eight hours after the death is certified. Due to the short time for burying or cremating the bodies, the funeral ceremonies must last a maximum of four hours, with a maximum attendance of 20 people, only the closest relatives of the deceased. 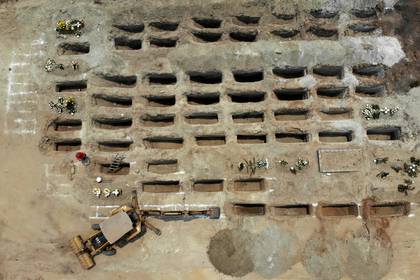 Acapulco de Juárez tops the list of coronavirus infections in Guerrero. May 28 counted 991 positive cases and 77 deaths. The municipality of Chilpancingo de los Bravo followed, with 147 sick from COVID and 26 dead. Both municipalities are besieged by drug cartels. There the fear of violence is greater than the virus.

Dying for COVID in the land of drug traffickers

In the community The orange tree, in Warrior, where conflicts are settled with the law of bullets, the pandemic of coronavirus came shyly. 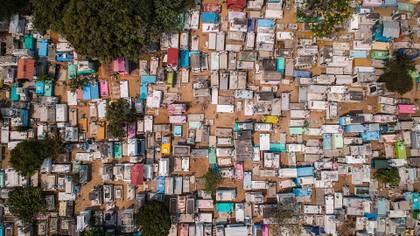 A general view of pantheons without people, in Acapulco in the state of Guerrero (Photo: EFE / David Guzmán)

The region, one of the poorest in the country, belatedly assumed that the virus would spread among its inhabitants. There there were neither long lines in the hospitals, nor a consumerist lack of control in the supermarkets. The inhabitants, separated by the violence of the cartels, lived in a distant reality.

And so it was until a delegation of Doctors without borders, an international medical and humanitarian organization that contributes its help to war zones such as the Middle East, which the inhabitants knew that something serious was happening in the world, since, as in most of the municipalities of Guerrero, armed groups keep people isolated from the world.

Medical personnel, led by Colombian doctor Nestor Rubiano, discovered that no one in the region knew about COVID-19, so they spoke to them for the first time about the deadly virus it has left in the country. 9,044 deaths and 81,400 positive cases.

However, the inhabitants declared a less severe state of calamity and asked the doctors to withdraw as they preferred not to receive outsiders for fear that a contagion would reach their community.

The last news that doctors heard about El Naranjo and other drug lands was that on April 18, in full confinement, a confrontation between armed groups left 13 dead and an unknown number of kidnapped settlers.

MORE ABOUT OTHER TOPICS:

Coronavirus in Mexico: they create 300 graves for dead by COVID-19 in Acapulco

Guerrero mining company adds 51 cases of coronavirus among its workers