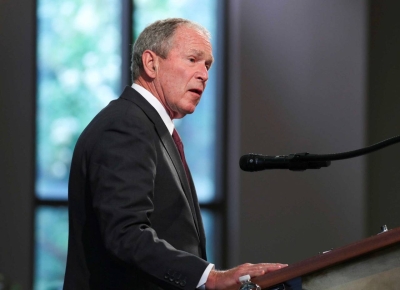 Al-Marsad newspaper: The US Federal Bureau of Investigation thwarted an assassination attempt on former US President George W. Bush in Dallas, Texas.

And the American magazine Forbes revealed that the attempt was planned by an Iraqi citizen affiliated with ISIS.

The planner went so far as to travel to Dallas to photograph President Bush’s home and recruit a team to assist several of his countrymen he hoped to smuggle.

The suspect said he wanted to assassinate Bush because he felt he was responsible for killing many Iraqis and dismantling the country after the US invasion in 2003.

Etihad Airways: We achieved historic results in the first quarter of 2022