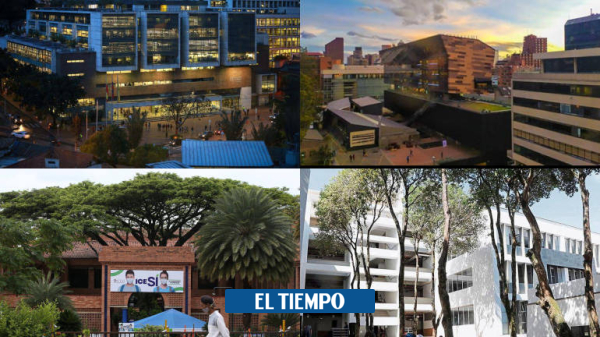 No Colombian university is among the 10 best in Latin America, according to the most recent ranking of the Cybermetrics Laboratory of the Spanish Higher Council for Scientific Research (CSIC).

The Colombian institution with the best position on the list is the Universidad de Los Andes, which managed to position itself in 12th place in the region and in 555th place worldwide.

It is worth saying that the CSIC is a ranking that differs significantly in its methodology and results with respect to the three most important measurements in the world (QS Ranking, Times Higher Education and the Shanghai Ranking). Proof of this is that Institutions such as Harvard, Oxford, Cambridge, Stanford, among others, do not top the list worldwide, historically in the highest places.

This is because this publication is compiled from open data sources, in which the presence and visibility on the web are mainly evaluated as indicators of global performance of universities in terms of publications, prestige and citations.

(Read also: ‘Impact of the lack of presence in education is immense’)

Instead, traditional measurements measure other aspects such as the employability of students, academic reputation, teacher training, among others.

Thus, the best universities in Latin America according to the CSIC ranking are:

The best universities in Colombia

For its part, at the national level, the aforementioned University of the Andes was the best rated in the country. It is followed by the Pontificia Universidad Javeriana, in position 30 in the region, and the National University, in place 33.

However, it should be noted that the National was ranked 9th, according to the Academic Impact indicator.

(Read also: This will be the return to the presence in the gardens of the Icbf)

The 10 best institutions in the country according to the measurement are:

– Bogotá City Hall will deliver more than 100,000 tablets to students

– Unesco: ‘Two thirds of the academic year were lost with covid-19’