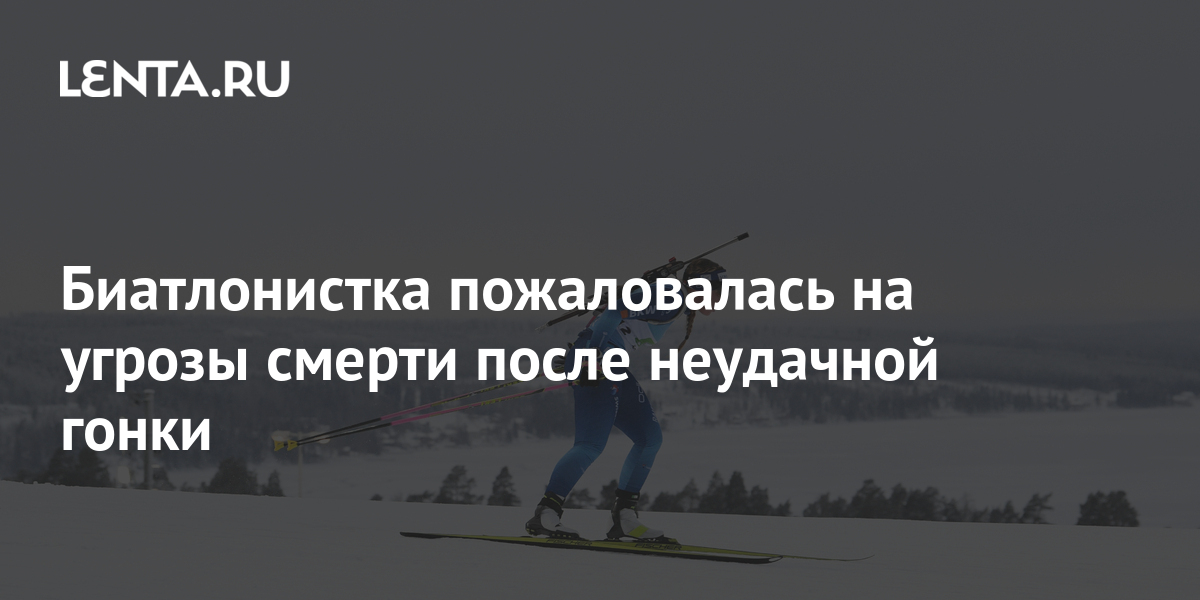 Estonian biathlete Tuuli Tomingas complained about death threats after a failed race. This is reported Postman.

At the seventh stage of the World Cup in Antholz, Italy, Tomingas performed at the second stage in the women’s relay, where she went into two penalty loops. After the failed race, one of the Instagram users wrote comments under the biathlete’s post with death threats to her and her family. “It seems that this comrade put all the money on our team and lost. I simply don’t find another explanation for this comment, ”said Tomingas.

The biathlete also shared that after the race she burst into tears, and one of the members of the Russian team calmed her down. “For me it was a stab in the heart, I let the whole team down. At some point, a representative of the Russian team approached me, took out a napkin and silently wiped my tears. Thanks to him, I managed to get together and go out to reporters, ”she said.

The Estonian national team took 15th place in the relay. They were four minutes and 17.7 seconds behind the winners from Norway.

retirees, Pôle Emploi, CAF, for whom?

The father of the Kuwaiti child, Barak Hussein, reveals the developments in his health condition