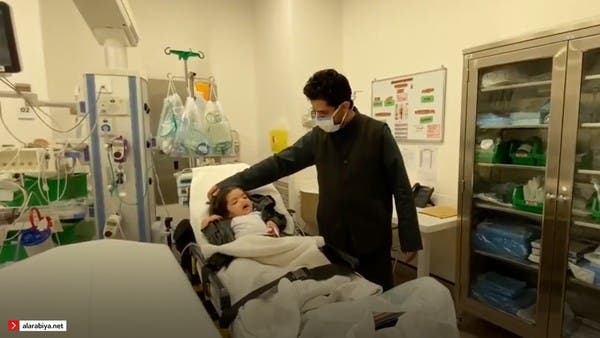 The father of the Kuwaiti child revealed Barak Hussein About his son’s exit from the operating room after the medical team informed him of the success of the operation, after hours of anxiety experienced by the parents yesterday, Monday.

In his speech to Al Arabiya Net, he added that Barak’s condition is stable, noting that he is now in the period of convalescence and follow-up by the medical team, indicating that Barak’s family is experiencing great joy and this joy will be completed with his full recovery.

He also said, “All words of thanks are not enough for everyone’s father, our father King Salman and his trusted crown prince, Muhammad bin Salman, to the human doctor consultant Dr. Wael Al-Shaya, to all the medical staff at the National Guard Hospital, and to everyone who contributed to bringing Barak’s cry out of darkness into light.”

He confirmed that Barak is completing his treatment after 4 years of illness and living on artificial respiration, and concluded his speech by explaining that the medical staff is still following up on Barak’s condition until it stabilizes.

It is noteworthy that the operation was carried out in Riyadh in the King Abdulaziz Medical City in the National Guard, under the directives of the Custodian of the Two Holy Mosques and the Saudi Crown Prince.

From the Milky Way, a mysterious object sends a signal to Earth every 18.18 minutes