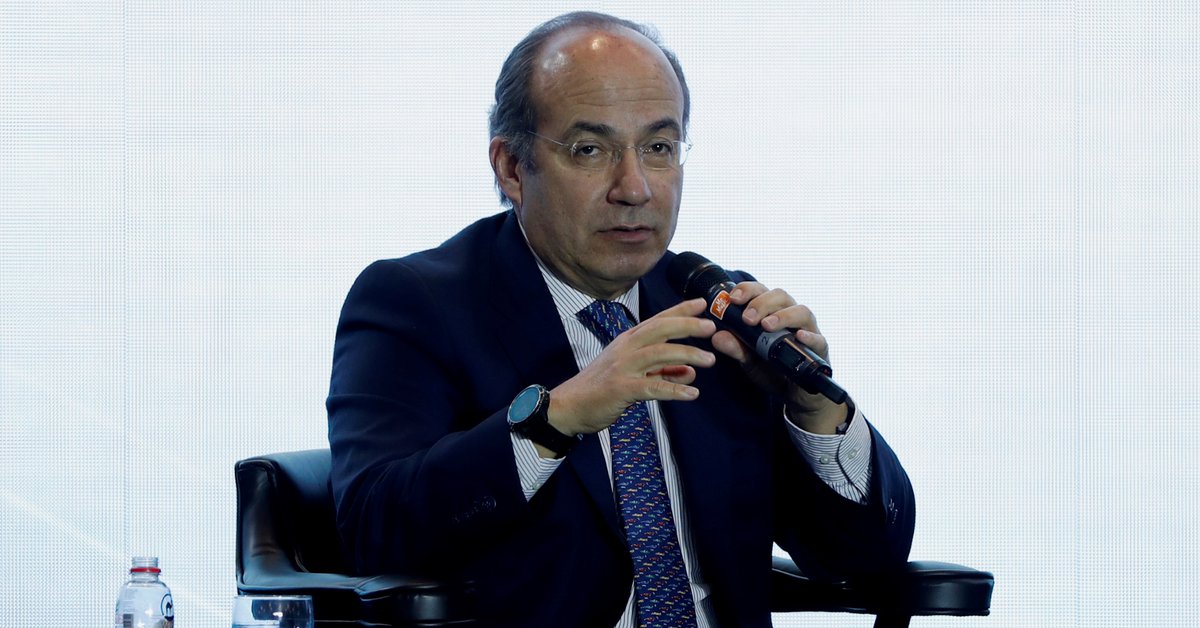 
A few hours after presenting the Ethical Guide for the Transformation of Mexico, Felipe Calderón Hinojosa launched himself through his Twitter account to criticize her. The document was presented during the morning conference on November 26, 2020 and corresponds to the fulfillment of commitment number 99 of López Obrador’s campaign, on the creation of a Moral Constitution.

“For the moral primer of the six-year term, the “Bible” of Pío López Obrador is more accurate, which registers the inflows of illegal money that they went to give to his brother @lopezobrador_. When did they present us with that ‘Bible’ in a morning ”, said the former president through his account @FelipeCalderon.

Calderón Hinojosa made reference to the case of the president’s brother, where he is investigated for the videos where he receives financial resources from David León in 2015, then an official in the Chiapas government. The money, allegedly, was destined for the presidential campaign of Andrés Manuel López Obrador. About, both the brother and the former National Coordinator of Civil Protection are being investigated by the electoral authorities.

About the case, Santiago Nieto Castillo, head of the Financial Intelligence Unit (UIF) of the Ministry of Finance and Public Credit (SHCP), assured, in an interview with Carlos Loret de Mola for the digital medium Latinus, that deposits of 200 and 400 thousand pesos were detected, in addition to bank transfers to Canada. Similarly, he declared, the National Electoral Institute (INE) and the Office of the Special Prosecutor for Electoral Crimes (FEDE) already have this information for analysis and the continuation of the investigation.

Nieto Castillo, He also compared the case in which the president’s brother is involved with that of Emilio Lozoya. While the amount detected in the accounts of Pío López Obrador amounts to 600 thousand pesos, the situation of the former director of Pemex was characterized by the detection of millionaire amounts.

For his part, Felipe Calderón has dealt with attack on various fronts the document presented yesterday morning. In another of his messages he took care of question the content, since he cited an excerpt allegedly contained in the document. It has also spread messages from various users who have spoken out against the Ethical Guide. 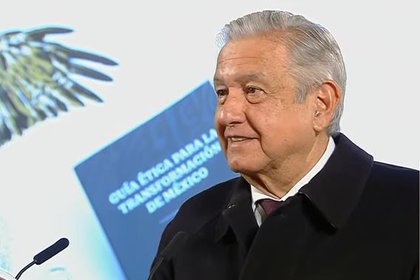 Andrés Manuel López Obrador led the presentation of the Ethical Guide for the Transformation of Mexico (Photo: Presidency of the Republic)

“From the moral primer: ´Victims of violence must forgive their aggressors´. Yes, so it says. Better circulate #labibliadepio, “said the former president.

The fragment cited by Calderón Hinojosa attributes it to the Moral Primer, but nevertheless, This document has been the precedent for the writing of the one presented the morning of November 26. It is a document written by the thinker Alfonso Reyes and whose adaptation, for the government headed by López Obrador, was made by José Luis Martínez. But nevertheless, there is no evidence of the fragment.

On the other hand, in the Ethical Guide for the Transformation of Mexico there is a section entitled “On forgiveness” and it has a fragment that says “Whoever forgives gets rid of resentment, thirst for revenge and even hatred and can thus overcome the offense and move on. Ask for forgiveness if you acted badly and grant it if you were a victim of mistreatment, aggression, abuse or violence, so that you will allow the release of the guilt of the one who offended you. “

The Guide is made up of 20 principles and values. During his presentation, Jesús Ramírez Cuevas stressed the holding more than 50 forums for reflection, analysis and debate. Similarly, the participation of educational organizations, churches and civic organizations for your writing.

MORE ABOUT THE SUBJECT

“A considerable amount will be printed”: López Obrador presented the Ethical Guide for the transformation of Mexico

“We are not the same”: AMLO rejected espionage on the FRENAAA leader and other opponents

“AMLO came to power through corruption and with illegal money,” said Felipe Calderón after the TEPJF resolution on Pío López Obrador