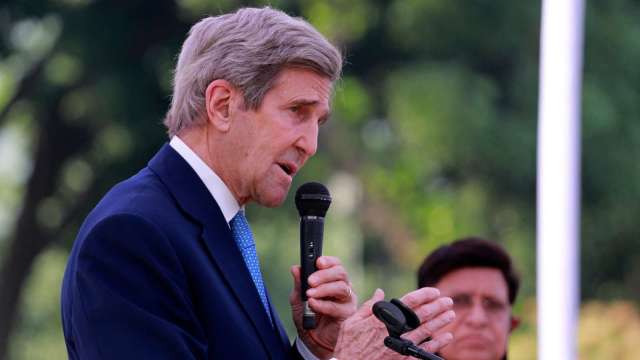 U.S. climate envoy John F. Kerry will visit China this week and meet with China’s climate envoy Xie Zhenhua in Shanghai. This is the first senior official of the Biden administration to visit China, highlighting the growing tensions between China and the United States and climate change. The problem will become the next area of ​​close cooperation between China and the United States.

The Washington Post quoted sources as saying that Corey’s trip to China is extremely sensitive and may still be cancelled; the US State Department said Corey has begun to discuss climate issues with Jie Zhenhua.

Kerui has repeatedly emphasized that the global climate crisis should be “handled separately” and called on the two major carbon emitters of the United States and China to work together.

However, the US State Department spokesperson stated that “there is no meeting to be announced at this time,” and the Chinese Ministry of Foreign Affairs did not respond to questions about this visit. In fact, less than a month ago, the high-level diplomatic leaders of China and the United States held a meeting in Alaska, and the two sides scattered accusations and scolding.

Corey will host the virtual climate summit in the United States from April 22 to 23. During his visit to India last week, he said that he has “hope” for China’s cooperation, but “has no confidence.” Corey is currently visiting India, the United Arab Emirates and Bangladesh in Asia. The visit to China is part of his trip to Asia.

See Also:  Pandemic: it's time to think about the young