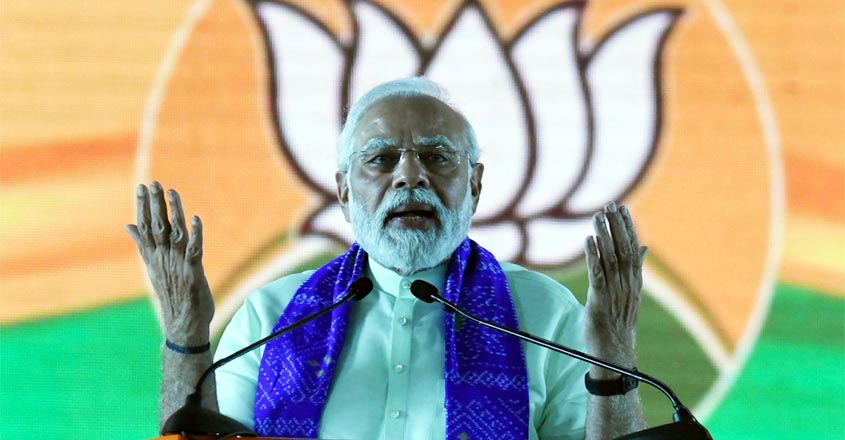 Prime Minister Narendra Modi praised the courage of BJP workers in Kerala, Bengal and Telangana states. PM said activists are being attacked in these three states. The Prime Minister was addressing the BJP National Executive Committee. In the public meeting, the Prime Minister said that BJP’s support is increasing in Telangana and BJP will work for the development of the state.

Union Home Minister Amit Shah said at the National Executive Committee meeting in Hyderabad that the next 40 years will be the era of BJP and the opposition will be dispersed. The meeting assessed the growth of the party from South India. In the meeting, Prime Minister Narendra Modi also called for organizing Sneha Yatra for Samudaika Maitri.

In the meeting of the National Executive Committee, Home Minister Amit Shah said that BJP’s position is secure in the country for the next 40 years, and fearing the defeat of the Nehru-Gandhi family, the Congress is not even holding elections for the president. BJP’s growth is going to accelerate in South India. The time when the party will come to power in Telangana and Tamil Nadu is not far. Amit Shah also stated that the BJP will end the dynastic rule in Telangana and Bengal.

In view of the 2024 Lok Sabha elections, it was decided in the executive committee to conduct a public relations program across the country in the name of tricolor flag in every house. A campaign will be conducted to remove misconceptions about the Agnipath project.

Aqaba explosion: The Jordanian government holds a press conference to announce the details of the accident

“The general situation in Tunisia is relatively stable”