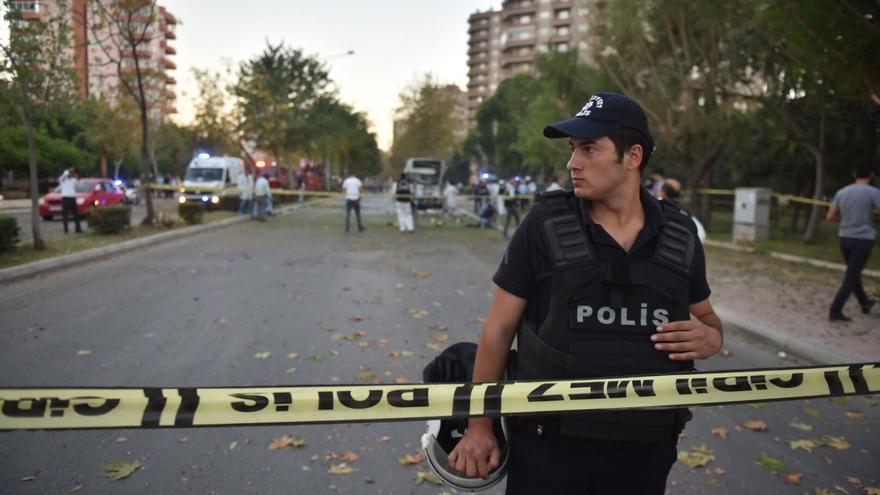 The man detained in Morocco accused of killing a french woman and injuring a Belgian is being investigated by the anti-terrorist prosecutor’s office Moroccan, as reported by an official source to the EFE agency on Monday. The double attack took place this Saturday in two towns in the south of the country. According to the authorities, the detainee He has no criminal record although he had been admitted to a psychiatric center for a month.

The alleged perpetrator, 31, killed the French citizen with a axe in a commercial area of ​​the city of Tiznit. After fleeing, he moved to the coastal city of Agadir, about a hundred kilometers away, where he attacked a group of people who were in a cafe on the seafront and a Belgian citizen was injured.

As explained by the local media, the French victim I was 79 years old and lived in a campsite near the city of Tiznit. This region, more than 300 kilometers from Marrakech, is very popular with tourists, especially the city of Agadir, much frequented by foreign and Moroccans during the summer.

Apart from the fact that the Moroccan Anti-terrorist Prosecutor’s Office is investigating what happened, further details of the reasons that motivated this murder are unknown, nor if the alleged perpetrator had links with terrorist organizations.

The last fatal attack against foreigners in Morocco was at the end of 2018, when two Scandinavian tourists under the age of 30 were beheaded in a town near Mount Tubqal, in the Atlas Mountains. The three responsible had sworn allegiance to the Islamic State and recorded the moment of the murder. The Moroccan justice sentenced to death,Although in practice they are serving life sentences, since Morocco has not carried out capital punishment for 30 years. Twenty more people were also sentenced to different prison sentences.

This episode caused a stir in Moroccan society, although these are isolated cases, since the Moroccan police forces and intelligence services are considered to be among the most effective in the region in the fight against terrorism. According to official figures, in 2020 the justice of the North African country opened 126 proceedings against people accused of terrorism, practically half that of the previous year.

Nigeria: cut off from the national electricity grid, Maiduguri is getting organized