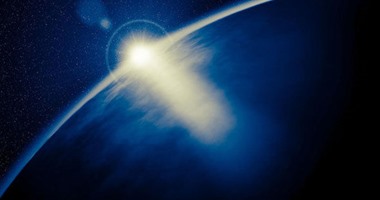 German-born astronomer William Herschel discovered Planet Uranus The seventh planet of the solar system Herschel’s discovery of a new planet was the first discovery of this kind in the modern era, and the first that was discovered using a telescope, which allowed Herschel to distinguish Uranus as a planet and not as a star, as previous astronomers believed, and this discovery was made for him On this day, March 13, 1781.

Herschel, who later received a knighthood for his historical discovery of the planet he discovered, named the planet Georgium Sidus or “Georgian Planet” in honor of King George III of England, however German astronomer Johann Bode suggested the name “Uranus” for the celestial body in order to conform to the names derived from The classical myths of the other known planets where Uranus was the ancient Greek god of the sky, and the ancestor of the Olympian gods according to ancient Greek mythology.

By the mid-nineteenth century, this name, the planet Uranus, was the widely used name for the seventh planet in the solar system, according to the website History.

But what about the physical properties of this planet? The planet Uranus is a gas giant like Jupiter and Saturn and consists of hydrogen, helium and methane, and it is the third largest planet in terms of size in the solar system.

The planet Uranus revolves around the sun once every 84 Earth years and is the only planet that rotates perpendicular to its solar orbital plane.

In January 1986, the American spacecraft Voyager 2 visited the planet, discovering 10 additional moons of the five already known, and a system of faint rings around the gas giant Uranus.

Finally: The shocking secrets behind Sherine Abdel Wahab’s shaving of her hair and eyebrows with “mousse” were revealed… and the very dangerous secret became clear!