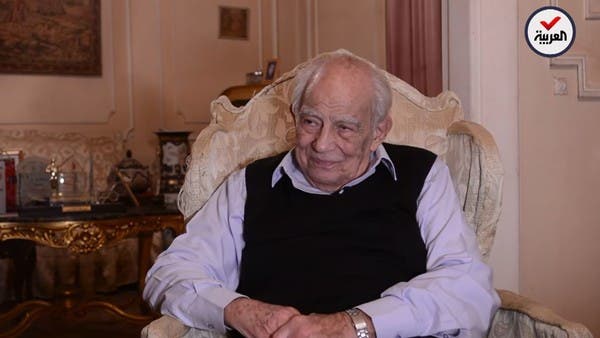 The Egyptian judiciary resolved the crisis of the artist Rashwan Tawfiq with his daughter Aya, an issue that occupied public opinion for a long time, in which Tawfiq won the solidarity and sympathy of all.

On Saturday, an Egyptian court rejected the lawsuit filed by Aya Rashwan Tawfiq against her father, and obligated her to pay the sum of 894,000 pounds.

This was what the artist Rashwan Tawfiq commented on in a telephone interview with the Egyptian journalist Amr Adib on Saturday evening, expressing his confidence from the beginning in the Egyptian judiciary.

He thanked everyone who supported him in this crisis from the beginning, and then asked his media daughter, Heba Rashwan, to take over the conversation, in light of his hearing problem.

His daughter confirmed that her father, since the beginning of the crisis, has been trying to communicate with his daughter, but they could not reach her, and do not respond to their phone calls, which made her sister comment, “We are from the beginning of the issue and we say, Aya, go back to my father’s bosom.”

Noting that her father’s bosom is always open to his daughter and will not stand in her face, but the crisis lies in reaching her at the present time, especially since she does not answer them.

The Egyptian media revealed that the case was related to a general power of attorney for the father, and the daughter requested that it be canceled after the death of her mother, but the judiciary rejected her case after hearing the witnesses.

He demanded that she return a sum of money that she had obtained due to a defect in the procedures, and she transferred it from her father to her son, which is what the court ruled to return it to the father again.

Heba Rashwan Tawfiq explained that her father, the Egyptian artist, calls for his daughter in his prayers, and wants her to return again to his bosom, and for this matter to end once and for all.

The “Memory Exercises”, by Salomón Kalmanovitz