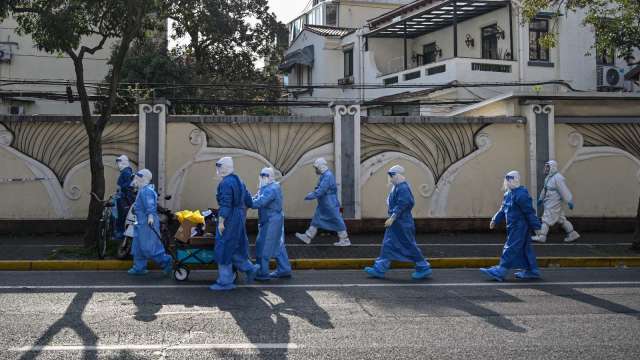 The Shanghai government has taken a sharp turn in policy. It announced a complete closure of the city late at night on Wednesday (30th), and adopted “global static management” to ensure that “no one household is missed, no one is left behind”, and strive to achieve social zero as soon as possible.

The WeChat public account “Shanghai Release” shows that Shanghai’s leading cadres held a meeting on Wednesday to change the semi-closed city to a full-scale closure, and connected to all streets and towns in the city by video to re-mobilize, redeploy, and re-mobilize the epidemic prevention and control work. After further implementation, more than 3,000 people attended the meeting.

Li Qiang, secretary of the Shanghai Municipal Party Committee, said at the meeting that this round of nucleic acid screening must be resolutely implemented, and comprehensive prevention and control measures such as “global static management”, nucleic acid screening of all employees, comprehensive flow investigation and nationwide cleaning and disinfection must be implemented in batches, Seamless connection, truly control risk groups, and realize social zero as soon as possible.

Li Qiang said that the screening in the first batch of areas should be strictly implemented, meticulous and practical. During the screening period, “people do not move and stay at home” to ensure that “no one household is missed and no one is left behind”.

“Shanghai Release” and a letter from the Shanghai Municipal Committee of the Communist Party of China and the Shanghai Municipal Government to the citizens of Shanghai issued early Thursday morning, expressing that the whole city resolutely implements the spirit of the important speech and instructions of General Secretary Xi Jinping of the Communist Party of China, and adheres to the principle of “preventing foreign imports, internal The general strategy of “anti-bounce” and the general policy of “dynamic clearing” remain unswerving.

Shanghai is bounded by the Huangpu River, and the epidemic prevention measures of “closing half of the city” started on Monday, and it will be Puxi’s turn on Friday. From 3:00 on April 1st to 3:00 on April 5th, in Puxi, the political and economic center of Shanghai, public transportation such as subways, buses, and taxis will be completely suspended.

Health reveals the number of new cases of corona, critical cases and deaths, and the most recorded cities during the past 24 hours

Announcement of a list of “people” in the second northern district