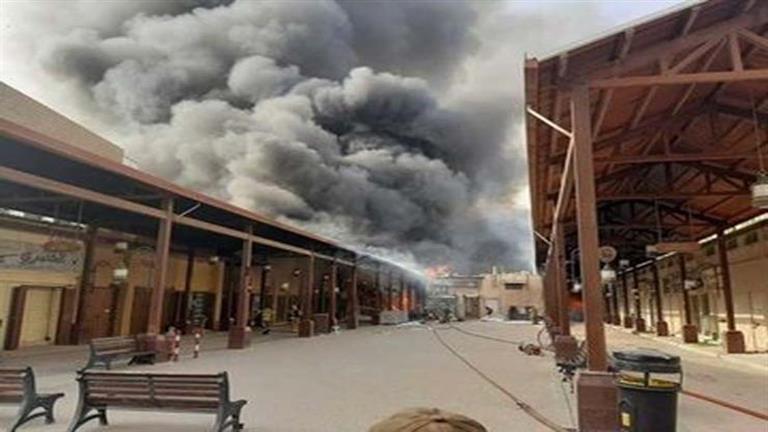 Kuwaiti media reported that a huge fire broke out in the Mubarakiya markets, which is described as the “historic heart of Kuwait”, which consumed hundreds of shops.

A huge fire devours a number of shops in #Mubarakia_market The most famous markets #Kuwait Heritage and fire brigades are struggling to put it out. pic.twitter.com/IncNXdR7lc

The Kuwaiti newspaper, Al-Rai, the most widely spread, stated that “Al-Mubarakiya ended its week yesterday with millions of losses and massive destruction in the wake of the fire that devastated hundreds of shops in the arms market and spread to perfume shops, household supplies and others, and hundreds of firefighters, the Ministry of Interior and the National Guard mobilized.”

The Kuwaiti newspaper indicated that “the fire broke out from the arms market and spread to the neighboring perfume shops, while the number of damaged shops reached about 300.” [تصل قيمة البضائع في بعضها إلى نحو 50 ألف دينار]Alcohol depots contributed [الخاصة بتصنيع العطور] And wooden umbrellas in the strength of the fire and the speed of its spread and extension.

A huge fire broke out in the arms market, Al-Zal, Al-Ma’in, and most of the Mubarakiya markets. Look at the sad clip pic.twitter.com/g9Z4QftArO

Efforts to put out the fire continued until the late hours of the night after it was besieged, while the First Deputy Prime Minister and Minister of Interior Sheikh Ahmed Al-Nawaf announced that the part that was exposed to the fire will be closed for two days in order to secure the property of the owners of the damaged shops and their surroundings, and to complete the investigation to find out the causes of the fire.

The fire damage was limited to material losses, while no serious injuries were recorded.

The Ministry of Health announced that 14 people were injured as a result of the fire, and four were transferred to the Amiri Hospital and one to the Al-Babtain Burn Center, and nine were treated at the site.

A fire source confirmed to “Al-Rai” that a report was received from the firefighting operations about the outbreak of a fire in a shop in the arms market in the Mubarakiya area, where five fire stations and technical support went to deal with it, in addition to the presence of a medical emergency.

An official source revealed that the centers dealing with fire have been increased to eight, in addition to technical support. The source indicated that the number of shops affected by the fire has so far reached 25.

The most powerful magic drink: enhances the work of the immune system, anti-aging, maintains the balance of hormones in the body and other benefits.

Fuel prices rise during the month of April in the UAE