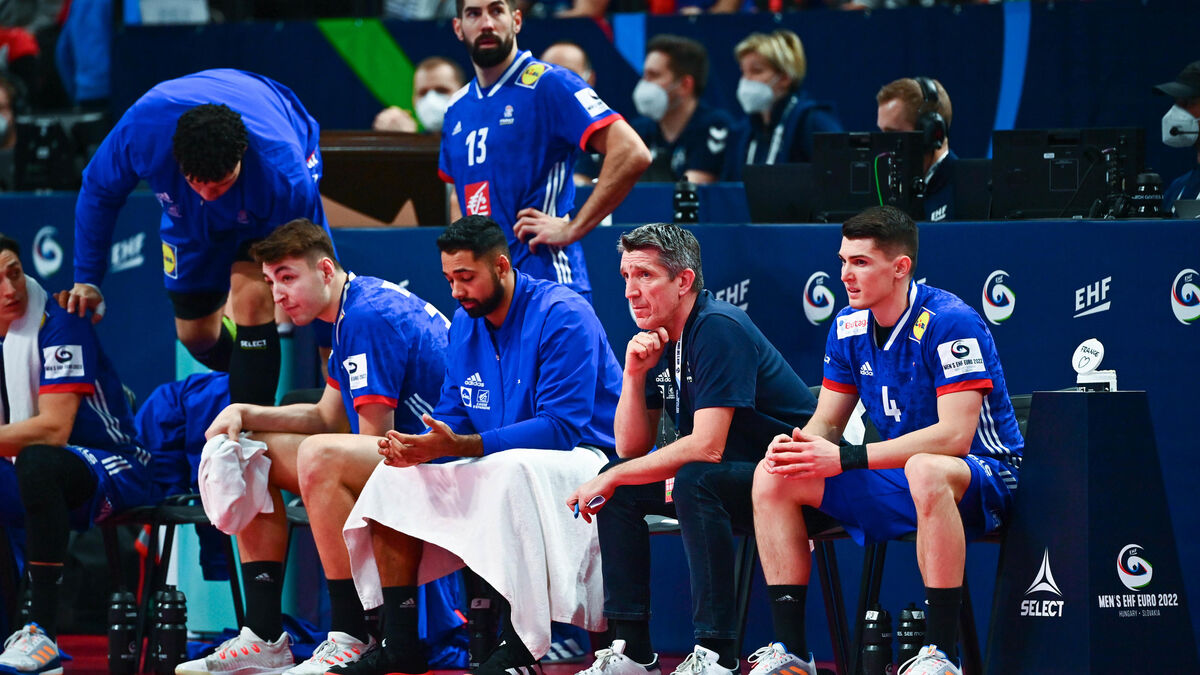 Saturday’s defeat against Iceland (21-29) was nightmarish “What we showed is not like what this group can produce” plagues coach Guillaume Gille who, positive for Covid , followed the meeting in solitary confinement from his hotel room in Budapest, completely helpless. “We have a mixture of full of feelings at the end of this match but we keep the fierce desire to cling in this competition to everything that remains to be played” pleads the coach again in video conference this Sunday after- midday.

END OF THE MATCH 🇫🇷 21 – 29 🇮🇸
The BLUEs lose against the Icelanders who will have been irreproachable throughout the match.
The competition is not over for the French team who will have to bounce back against Montenegro on Thursday ✊🇫🇷#BLUETFIER #EHFEURO2022 #FRAISL pic.twitter.com/CYofgl8qeo

This heavy and unexpected setback plunges the Blues into a real problem. They especially put back on the agenda the knockout matches in this Euro. Because that’s what it’s all about. In the preliminary round which has already seen them face the Netherlands (34-24) and therefore Iceland, they still have to challenge Montenegro on Monday (8:30 p.m. live on BeIN Sport) and the Danish world champions on Wednesday ( 8:30 p.m. live on BeIN Sport and TFX). The first two of the pool will go directly to the semi-finals.

One more defeat, and it’s the door

This Monday, it’s as if France were already playing an 8th final because in case of defeat against the Montenegrins, they take the door. Ditto if they lose Wednesday against Denmark in what looks like a quarter-final. With an additional problem: while waiting for the matches on Monday, the Blues must expect to win by at least 7 goals this last match against the world champions to compensate for their goal-average deficit.

The situation is very complicated. “If the sport was as simple as we sometimes hope, we would know, continues Guillaume Gille. I do not know a competition that unfolds like a long calm river. This is top-level sport. It’s fragile, it’s a fine balance, it’s constantly on the razor’s edge to find the right alchemy. Saturday we couldn’t find the keys. We were in difficulty and there is no need to reassure anyone about our desire to qualify for the semi-finals. »

No of course, the desire is there. The thesis of the day without, of the accident of course is that favored by the staff of the Olympic champions. Usually, the Blues simply had the talent to make it go unnoticed. This time, in this Hungarian Euro which turns with the Covid to the big anything, it is missed. Speaking of Covid: Karl Konan, and Kentin Mahé, still positive, should not play against Montenegro. Sick but negative for the virus on Saturday, Ludovic Fabregas should take his place in a group which is not immune to new positive cases by then.

Remember that the Blues are tested twice a day and that each time, it’s the lottery: “We want to overcome this ordeal by showing a different face than against Iceland, insists Guillaume Gille. We want to continue on the good momentum that we had until then, before this sudden stop which should only be punctual. “It is obvious that the Olympic champions, until then so dominating, are not the timid and clumsy players that they were against the Icelanders. They will have to demonstrate it against Montenegro and especially Denmark.

“It will take a lot of effort to get up, concludes Gille. Clearly, our situation has become more complex, but that’s the lot of these competitions where we go from the status of a team that has a royal road to a team that suddenly has no chance. That’s top-level sport, it’s fragile. Today, we are fighting to keep this chance of going to the semi-finals. »

Covid-19: why is France one of the countries most affected in the world by Omicron?