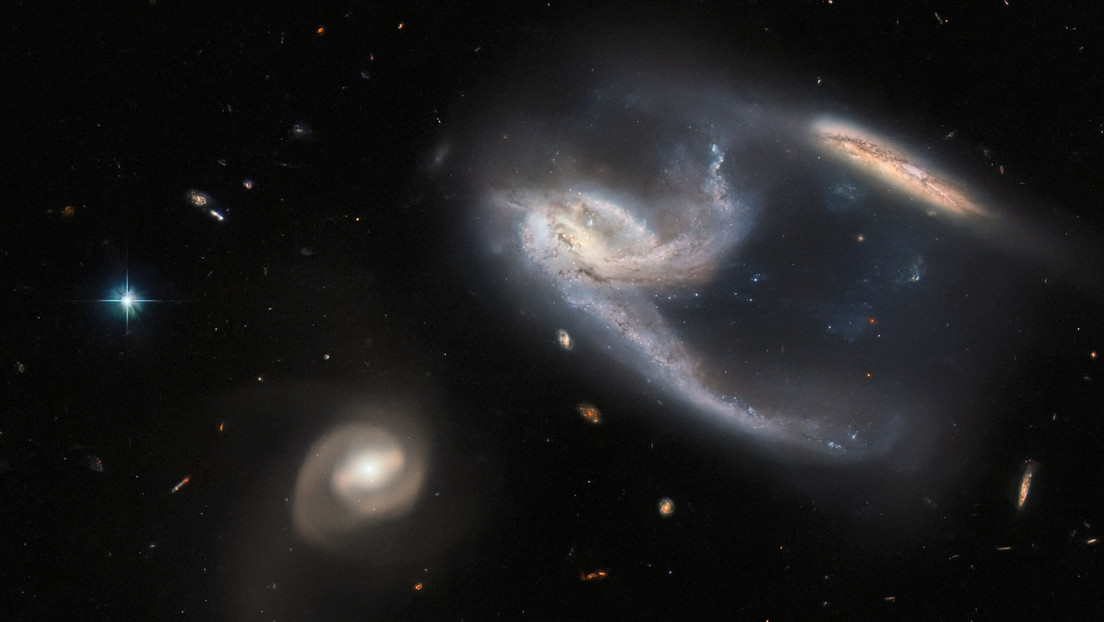 It is not yet clear if a third galaxy in the group NGC 7764A is interacting with the other two.

A group of three galaxies known as NGC 7764A, located about 425 million light-years away, was imaged by the NASA/ESA Hubble Space Telescope. the two agencies published the image this Friday.

A curious detail of NGC 7764A is that two of its galaxies, which are in the upper right part of the photo, appear to be colliding with each other.

“In reality, interactions between galaxies occur over very long periods of time, and they rarely collide head-on with each other. It’s also unclear whether the lower left galaxy is interacting with the other two, even though they are so relatively close together in the space that it seems possible that they do,” the astronomers say.

“By happy coincidence, the collective interaction between these galaxies has caused the two on the upper right to create a shape that, from our solar system’s perspective, looks like the starship known as the USS Enterprise from ‘Star Trek! ‘!” added the scientists.