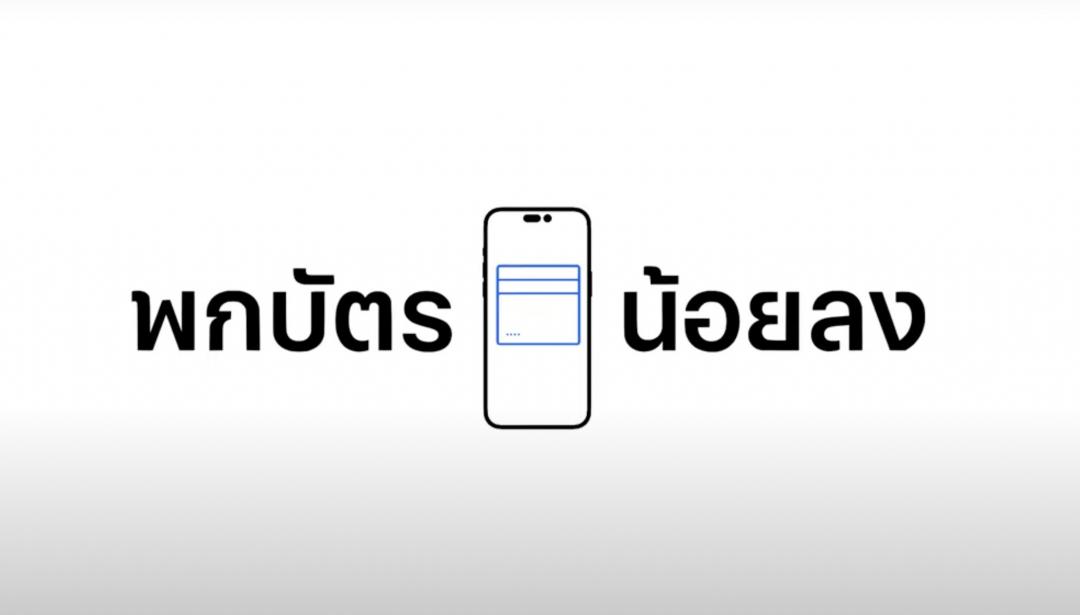 The rumored exclamation mark screen of the iPhone 14 Pro appears in an Apple Pay advertisement suspected to be uploaded by Apple in Thailand. (Photo/YouTube)

Apple’s iPhone 14 series this year will be released in the second half of the year. Among them, the Pro series is rumored to cut the bangs for the first time and replace it with a “horizontal exclamation mark” digging screen. There are already quite a few renderings on the Internet. Recently, YouTube even appeared suspected of coming fromthai appleThe uploaded advertisement video was also leaked inadvertently early, and the “official self-destruction” confirmed the change.

This advertisement is a promotional video for Apple Pay. The iPhone 14 Pro flashed an exclamation mark screen in the flashed iPhone, which shows that there is no suspense in the appearance. But well-known whistleblower ShrimpApplePro later said that he thought the video appeared to be a fake.

Apple will widen the gap between the basic model and the Pro series. It is rumored that only the Pro series will be changed to an exclamation point screen, and the A16 processor will be upgraded. The main camera will also use a 48-megapixel main camera.

If there is no delay, Apple should publish it in early September as usual, but due to the recent lockdown in China, it is rumored that the production of the iPhone 14 series is lagging behind, whether it will affect the publication or time to market, it is currently unknown, but analyst Ming-Chi Kuo is optimistic and believes that The overall production is still under control, and the supply chain is expected to catch up in the future.

“I woke up feeling the car accelerating”: Marcelo Marrocchino gives his mea culpa after accident | TV and Show