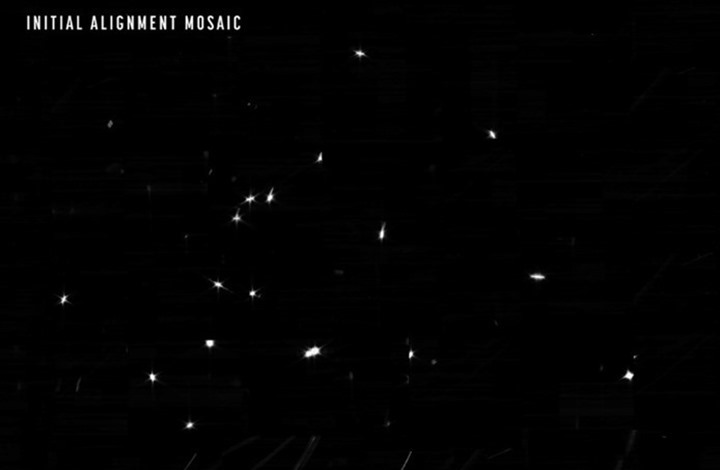 The US space agency “NASA” plans to unveil on July 12 the “farthest image of our universe ever taken” by the James Webb space telescope, announced Wednesday the head of the agency Bill Nelson.

Nelson said in a press conference held by the Institute of Space Science Observatories in Baltimore, which is an operations center for “James Webb”, that the image “shows the farthest that humanity has been able to monitor previously.”

And “James Webb” is a $10 billion project that was successfully launched last December, while it is currently 1.5 million kilometers from Earth.

For his part, NASA Deputy Administrator Pam Milroy said that the images of the “first light” taken by the telescope “impacted me as a scientist, as an engineer and as a human being.”

Thomas Zurbuchen, head of science programs at NASA, told a news conference that he nearly cried when he saw the images.

He added: “It is an emotional moment when you see the universe suddenly release some of its secrets,” according to the American Al-Hurra channel.

The telescope has the ability to monitor space phenomena older than those that telescopes were able to monitor thanks to its huge main mirror and its instruments that pick up infrared signals, allowing it to monitor through dust clouds.

In particular, it is expected that the telescope will make it possible to observe the first galaxies that formed only a few hundred million years after the Big Bang, as well as planets outside the solar system.

Thanks to a successful launch by Arianespace, NASA’s partner in the telescope project, James Webb will be able to operate for 20 years, twice as long as expected, said NASA Vice President Pam Milroy.

The first images taken by “James Webb” spectroscopy of a distant planet outside the solar system are scheduled to be revealed on July 12.

The spectroscopy is a tool that allows knowledge of the chemical and molecular composition of distant objects, and helps in determining the planet’s atmosphere, monitoring the presence of water in it, or analyzing its soil.

The astronomer at the Institute of Space Science Observatories, Nestor Espinosa, indicated that the spectroscopic analyzes of planets outside the solar system have so far been very limited, compared to the capabilities of “James Webb” in this field.

Regarding the current technology, he said, “It’s like being in a very dark room with only a small hole to look through.”

And the new telescope made it possible to “open a huge window that provides seeing all the small details.”

Last February, the telescope took its first image of one of the stars in the constellation of the Big Dipper, called (HD 84406), but it was unclear, but that was expected because it was the first attempt to align the telescope mirrors to accurately determine their targets and take clear images.

India can no longer spare Moscow