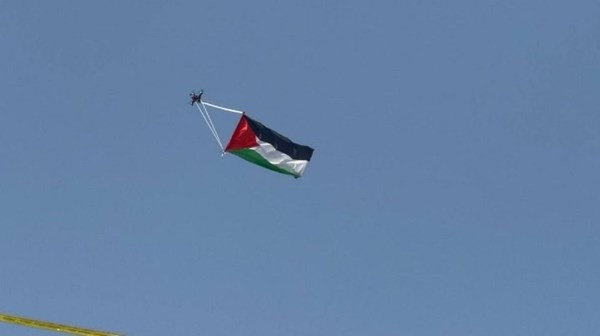 In the details, activists circulated on social media platforms video clips showing the first moments of the launch of the drone in the vicinity of Bab Al-Amoud area in occupied Jerusalem.

launch flag #Palestine 🇵🇸 on a drone over the heads of settlers gathered in Bab al-Amud in #Jerusalem pic.twitter.com/6HJBSPsryy

The Israeli newspaper, Haaretz, said that “a state of madness affects the settlers participating in the flags march because of the Palestinian flag that is flying in the Damascus Gate.”

The march of Israeli flags began this afternoon, coinciding with the arrival of thousands of settlers to Bab al-Amud, where they perform provocative dances and attack shops, while Palestinians confront these attacks.

The Champions League final is postponed for more than half an hour, and the official will investigate the “fixed ticket” incident – ​​yqqlm

Madbouly: A historic day for Egypt, the UAE and Jordan with the launch of the “Industrial Partnership”