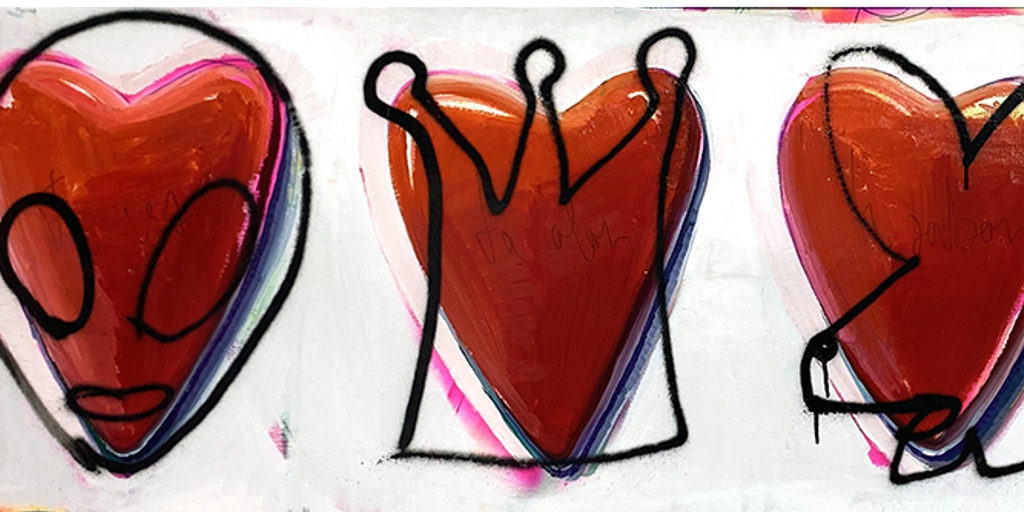 Hurry, hurry. Like the film Carlos Saura. Always looking forward. This is how the life of many artists flows when they achieve international recognition (whether by critical or commercial fortune). Without looking back. Ana Barriga (1984), however, is a simple, grateful person (beyond a creator) who looks forward to her projects in Mexico, New York, Seoul, Hong Kong… But She also values ​​her origins as a formula to remain serene in the maelstrom. Returning to Seville, the city to which he moved from his native Jerez, where he studied and lived, is to approach a safe, familiar environment.

A benchmark, on the rise

Just entering the
Birimbao Gallery noticeable. Captive. The language of Barriga is

so personal, so own, that it becomes immediately recognizable. This does not imply that aesthetic and even generational roots cannot be traced, those that he has known how to mold to his liking, giving them a genuine form. Located between a list of Andalusian painters -especially from Seville- who are close to fifty, from whom he learns and takes advice in his formative stage, and one who is barely in his early twenties, for whom he stands as a reference.

There is always a connection between work and life. Or better, between art and experience, either of a verifiable reality, or of a dreamed reality, perhaps visionary. Also with the history of art: the mix of techniques -enamels, spray, oil, marker- they bring it closer to the borders of the liminal, urban, countercultural; the knowledge of the springs of tradition is modulated with overflowing intelligence: it is enough to observe the generation of bottomless depth, as in ‘Queen of hearts’ (2021) or ‘kisses on the beach’ (2022), on the form or, rather, within it.

On other occasions, the graffiti retouches the form, magnifies the representation of a pentimento, which paradoxically inverts and reveals: the beautiful pearly and spotless steed transformed into a corvette unicorn on a bewildered face. Or the vandalistic premonitory cross on the smile of a ‘beautiful savage’, in ‘Crazy life’, reminiscent of the Breton devout Gauguin or the Dutch Picasso girls.

Explaining the sources from which he drinks is not easy. The artist intelligently transcends the field of languages ​​and also subverts the strict framework of the pictorial. Much has been written about the influence of Pop in his work, and the revaluation of the everyday, mundane, expendable and ‘kitsch’ object is evident, but reinterpreted in the way of Oldenburg in ‘The Store’; also a lot about the optimism and joy of living that his pieces give off. This would only be a superficial analysis of a proposal that demands much more. Behind the innocent appearance, a feeling of strangeness and restlessness remains imprecise, a bias of current aesthetics -as defined by May in ‘The power of cuqui’ (controversial translation of the English term ‘cute’).

Let’s turn to ‘Candy Eye’. Framed between two independent pieces lined with black velvet (mourning and luxury), exclamation marks, question marks or both, two faces, like the Greek theatrical masks of Melpomene (tragedy) and Thalia (comedy), are inseparably superimposed. Joy and tears after a brief gesture and an invaluable tear. Barriga has understood better than many the meaning of life and the ultimate function of art.

Rallyed to Zemmour, Collard and Rivière excluded from the RN group in the European Parliament