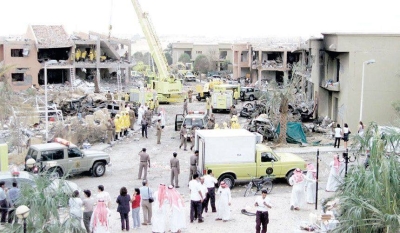 Al-Marsad newspaper: “Al-Ekhbariya” channel revealed, in a television report, the most prominent terrorist operations in the Kingdom.

The report included the most prominent terrorist operations as follows:

In 2003, 3 explosions occurred in residential compounds in Riyadh, killing 20 and wounding 194 others.

In 2014, 8 people were killed and 9 others were injured after a terrorist attack on Husseiniya Al-Dalwa in Al-Ahsa.

In 2015, a suicide bombing targeted a mosque for emergency forces in the city of Abha, killing 15 people, including 12 security men.

The year 2016 also witnessed a suicide bombing in a mosque in Al-Ahsa, which resulted in the killing of 4, including two security men, and the injury of 18 others.

Watch .. A specialist reveals a new idea for external plumbing that impressed him on a building under construction in the “Sultanate of Oman”