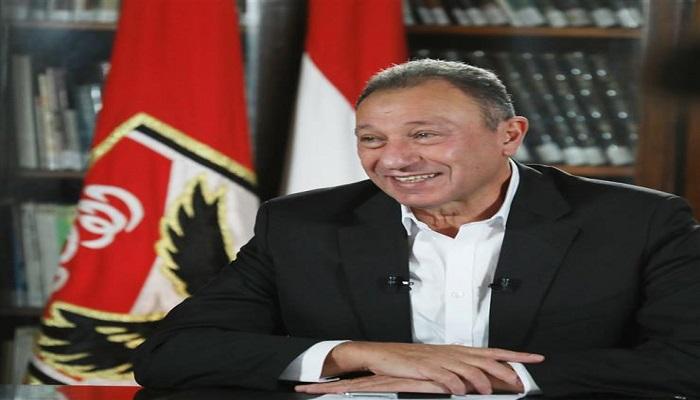 Mahmoud Al-Khatib, president of Al-Ahly of Egypt, showed the other side of the players and members of the technical staff of the team after the loss of the Egyptian Super Cup against Talaa Al-Jaish.

Loyal Al Ahly In obtaining the Egyptian Super Cup title, after losing to Tala’a El-Gaish on penalties, 2-3, after the original and extra time ended in a goalless draw.

After the match, Al-Ahly issued an official statement, announcing that its president, Mahmoud Al-Khatib, had signed a huge penalty for the first team players, and members of the technical and administrative staff.

Al-Ahly said in his statement that Mahmoud Al-Khatib, as chairman of the board of directors and supervisor of the football sector, decided to deduct 300,000 pounds from each player in the first team.

The Red Club also announced the deduction of the same amount from the football director and each member of the technical staff, in addition to deducting a percentage from the rest of the members of the administrative and medical staff according to their salaries.

The statement indicated that this comes after the team’s performance in the super match, which was not at all commensurate with the great technical capabilities of the players and their technical, administrative and medical staff.

Al-Ahly concluded its statement by emphasizing that it had decided to take some other measures in the same direction, until every element returned to provide the return that the club and its fans deserve.

It is noteworthy that Al-Ahly failed to obtain any local championship in 2021 so far, after losing the Egyptian League title in favor of traditional rivals Zamalek.