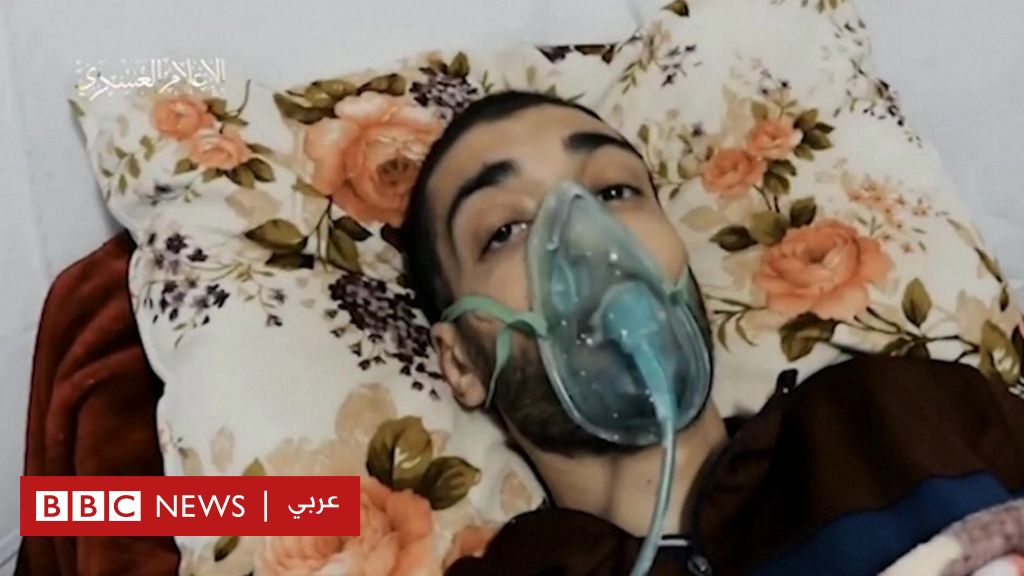 The Palestinian Islamic Resistance Movement, Hamas, showed a video clip of what it said was a captured Israeli soldier.

The clip, which was shown by the Al-Qassam Brigades, the armed wing of the movement, on its website, runs for 40 seconds, and is the first time that Hamas has shown a similar clip.

The Israeli daily Haaretz said that Israel believes that the Hamas announcement may be “psychological warfare.”

Meanwhile, a former Israeli army officer who was responsible for the prisoners and missing persons told the public Israeli channel “Kan” that he believed that the Hamas statement should serve as a “warning bell”.

The former officer described the statement as “a ladder that allows Hamas to descend from the tree,” adding that the two soldiers have been held for eight years without medical treatment.

The video shows the captured Israeli, whose name is Hisham al-Sayed, lying on a bed similar to hospital beds, wearing a medical mask for breathing, connected to an oxygen tube.

The clip also showed the prisoner’s Israeli identity, which is placed on his chest, while he is lying on the bed.

The movement had announced the day before, that the health of one of its Israeli prisoners had deteriorated, without giving reasons.

Israeli Prime Minister Naftali Bennett issued a statement saying that Hamas is “responsible for the conditions of the civilian prisoners.”

The statement stressed that Israel “will continue its efforts, under Egyptian mediation, to return the Israeli prisoners and missing persons.”

Hamas and Israel held indirect talks on prisoner exchange deals, the last of which was in Cairo last year.

The Al-Qassam Brigades had captured them in the war on the Gaza Strip, which erupted in the summer of 2014, while the movement announced that it had captured Abraham Mengistu, of Ethiopian origin, and Hisham Badawi al-Sayed, of Arab origin, both of whom hold Israeli citizenship and entered Gaza after 2014 at different times in different circumstances. clear.

It is believed that both have a history of mental illness.

Hamas managed to conclude a prisoner exchange deal with Israel in 2011, under which the movement released Israeli soldier Gilad Shalit, in exchange for about 1,000 Palestinian prisoners.

This came after the movement succeeded in hiding Shalit for more than 5 years in the Gaza Strip, without Israel being able to reach him or locate him.