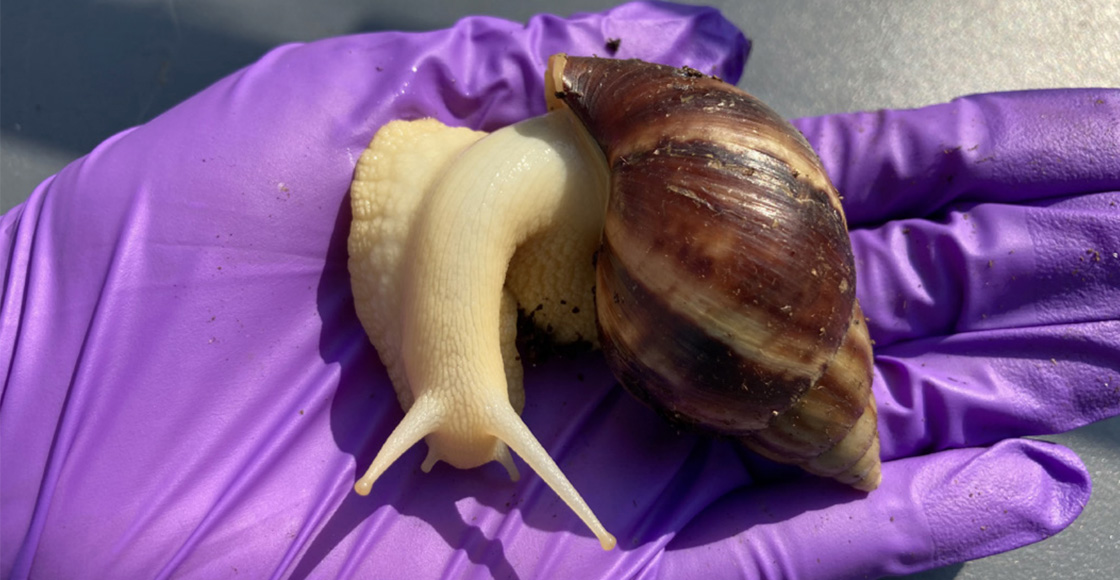 It would seem like one of those movies where a plague wipes out humanity, only this is real.

It turns out that recently an entire county in the state of Florida, in the United States, was declared in quarantine due to the presence of giant African snails.

Just as you read: giant snails. And we’re not talking about Godzilla sized snails either but yes they are bigger than usual.

Through a statement, the Florida Department of Agriculture and Consumer Services explained that on June 23 of this year the detection of a giant African snail was confirmed in the New Port Richey area, in Pasco County. This was first reported by a gardener.

A division of the department began to monitor the area and declared a quarantine for a special treatment against the plague since last June 29 and within 24 hours thereafter. All houses and properties within the area were treated with a molluscicide.

But how dangerous is the giant African snail?

It turns out that the giant African snail is one of the most damaging snails in the world, capable of consuming at least 500 different types of plants.

But it turns out that in addition to the devastating damage to agriculture, these snails represent a serious risk to human health since they carry the rat lungworm, which in turn causes meningitis in humans.

This type of snail was first detected in 1969 and eradicated in 1975. It was most recently eradicated in 2021 in Miami-Dade County.

It is important to note that it is illegal in the United States to import or possess land snails without a permit.

I’m Gabriela Espinosa, but tell me Gaby, if I don’t feel like I’m being scolded. I have been working as a reporter and editor at Sopitas.com since 2018 and since then I have mostly focused on hard news. In December… More by Gabriela Espinosa

Doctor Lieb. My head hurts. Party list recipe. Divide 500 Landslide for sure. But there was another problem.