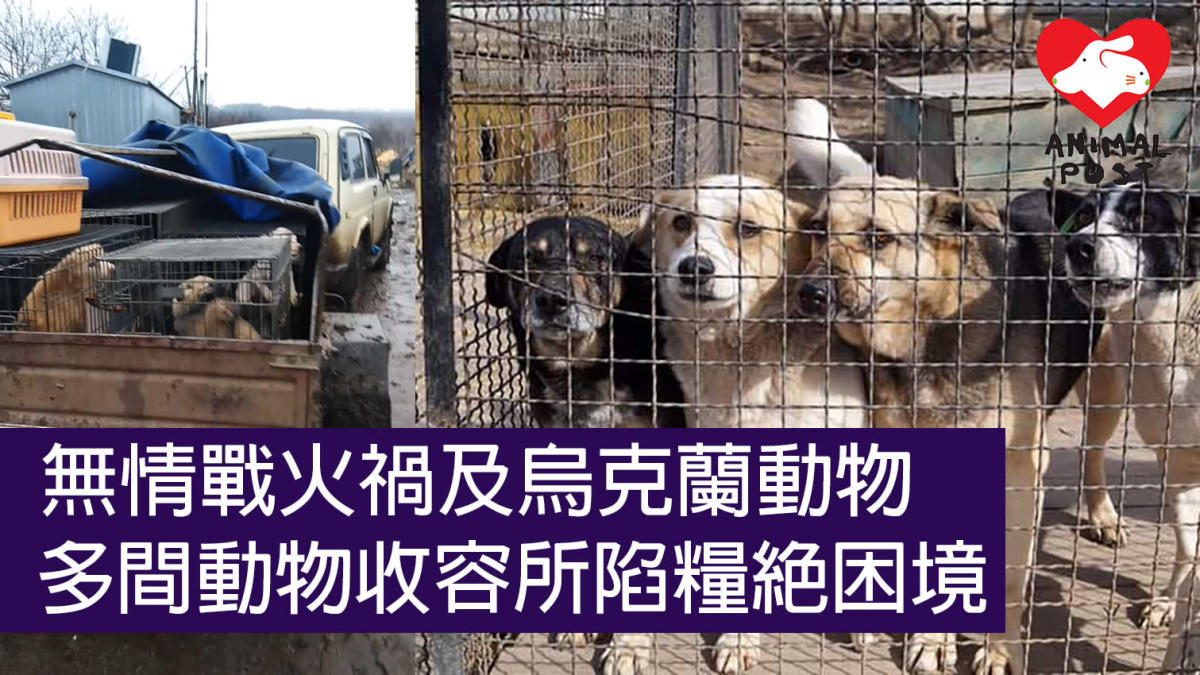 [Animal News]Russia invaded Ukraine, and the war caused not only human casualties, but also animals. Many animal shelters near Kiev, the capital of Ukraine, are in dire straits. A large number of animals are trapped. In addition to the risk of artillery fire, there is also a severe shortage of food. The animal shelter where 1,000 cats and dogs live has only two days of food left. A humanitarian disaster. Veterinary clinics in the war zone were also closed, and many animals that had been treated were forced to be sent to shelters, unable to continue medical treatment.

The animal shelter “Shelter Friend” is located near the artillery-heavy capital of Kiev, and the situation has become isolated and dangerous. The person in charge of the animal shelter “Shelter Friend” said on the Facebook page that although many people suggested that the dogs could be evacuated, it could not be done in reality, because the shelter The distance from the border is too far, going to Poland, Slovakia and Hungary, the distance is 1200 to 1350 kilometers, it may take a long time to bring animals to the border by car, because the waiting time at the border is more than 48 hours. There is also the risk of artillery fire during the process.

The person in charge also pointed out that all veterinary clinics and animal hospitals in Kiev were closed, and four dogs were transported from the animal hospital to the shelter, but there was no medicine to treat the injured animals.

Another cat and dog shelter “Happy Paw” in Kiev pointed out that the biggest problem at present is the lack of food. It is estimated that the food will be emptied after a few days, but it cannot be replenished. The head of the shelter, Aboliesheva, told the media that there are currently more than 1,000 cats and dogs in the shelter, but there are only two days of food left. The situation is very serious, and I hope someone can deliver food to them.

IFAW (International Fund for Animal Welfare), an international animal protection organization, proposed to fully support animal shelters in Ukraine. IFAW said in a statement that shelters located near the war zone were afraid to cook food on open fire to avoid being targeted by the Russian army, but there was a serious shortage of dry food. IFAW will provide a month’s worth of food and emergency medical supplies to the cooperative animal shelters.

The post The ruthless war has caused many animal shelters in Ukraine to suffer from food shortages appeared first on Hong Kong Animal Post.

News 24 | Health notes an expected event, describing it as the largest of its kind in the world