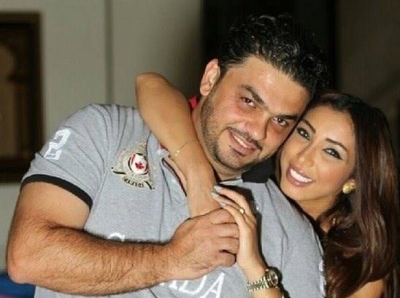 Al-Marsad newspaper: The news of the separation of Moroccan singer Donia Batma from her husband, Bahraini producer Mohammed Al-Turk, swept the social media platforms, after the latter confirmed the separation.

Al-Turk broke his silence, confirming the separation, through a message in which he tried to fix the crisis between them. Al-Turk explained, in an audio recording, that his marriage to Donia Batma lasted for ten years, during which they overcame many obstacles and problems, noting that this time it came from close people who promoted rumors that led to the separation of the duo, denying the news circulating after the spread of the news of the separation, which is that the divorce took place. After the Moroccan artist discovered his betrayal of her.

“Al-Turk” shared, on Thursday, a group of photos that he collected with his children and his wife, Donia Batma, through the “Instagram Story” feature, and attached it to a comment: “This is my kingdom. Let us live in peace… and I will not give up until I gather you in one picture.”

It is noteworthy that “Al-Turk” had sent a letter of apology to Donia Batma after their separation, asking for his forgiveness, saying: “It is common for men to apologize, even if you are not mistaken.”

Donia Batma responded to the “Turk” apology messages by ignoring, and a day later only published a video from a photo session she underwent to the tune of the song “Ghalban”, which the audience considered a response to the latter.