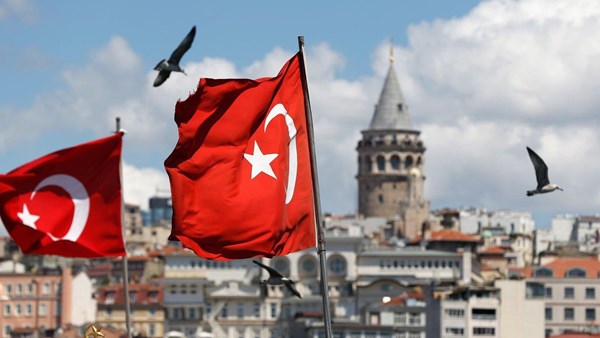 Yesterday, official data showed that the Turkish economy grew by 3.9 percent in the third quarter on an annual basis, a rate slightly lower than expected and slower than it achieved earlier in the year, as internal and external demand was affected by high inflation and the global slowdown.
According to the data of the Turkish Statistical Institute, the gross domestic product contracted 0.1 percent compared to the previous quarter on an adjusted basis for seasonal factors and for calendar reasons.
A Reuters poll had forecast the economy would have expanded 4 percent year-on-year in the third quarter. The poll forecast full-year growth of 5 percent after a strong performance in the first half, when the economy expanded by more than 7.5 percent.
The data showed a revised annual growth in the second quarter of 2022 to 7.7 percent from 7.6 percent.
Analysts expected a slowdown in growth in the second half as a result of a downward trend in domestic and foreign demand as a result of the slowdown in Turkey’s largest trading partners.
To counter the slowdown, Turkey’s central bank began an easing monetary policy cycle between August and November, cutting interest rates by 500 basis points to 9 percent.
Last year, the Turkish economy witnessed a strong recovery from its levels during the Corona pandemic, and grew by 11.4 percent, recording its highest growth rate in ten years.
President Recep Tayyip Erdogan’s economic program over the past 14 months has made growth and exports a top priority, and has sought to rein in inflation by reducing chronic current account deficits rather than raising interest rates.
An easing monetary policy cycle last year led the lira to finish the year down 44 percent against the dollar and has lost another 29 percent this year, pushing inflation to a 24-year high of more than 85 percent in October.

the Moroccan Sahara lives in peace, freedom and democracy

On the eve of the International Day of the Disabled, Apple tells you how accessibility features allow people with disabilities to express themselves | TechNews Tech News