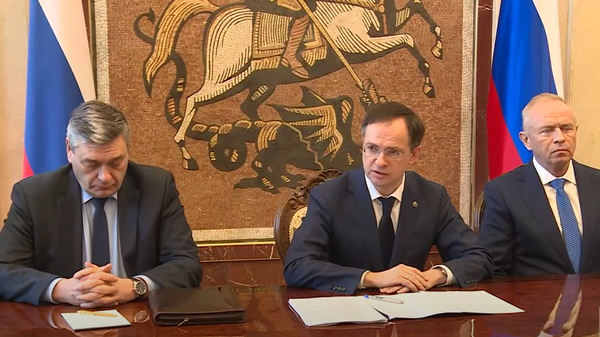 On the impact of the ongoing battles between Russia and UkraineMoscow gave, on Sunday, Ukrainian delegation Two hours to arrive in Belarus in order to negotiate the crisis between the two parties.

Head of the Russian delegation, Vladimir Medinsky, said that Russia’s representatives will wait for Ukraine’s response in Belarusian Gomel to the meeting until 15:00 (local time).

He also added: “We will wait for the Ukrainian side’s response to confirm their decision on the negotiations in Gomel, n until 15:00, and as soon as we receive the confirmation, we will immediately move there and meet our colleagues.”

He continued, “In the event of a refusal to negotiate, the responsibility for the bloodshed on the Ukrainian side will be full.”

This came, after the Kremlin announced, earlier today, that Moscow was ready to negotiate, but in Belarus. Kremlin spokesman Dmitry Peskov said, according to Interfax news agency, that a Russian delegation is ready to negotiate with the Ukrainian side in the Belarusian city of Gomel.

He also added that the delegation that arrived in Belarus includes the Ministries of Foreign Affairs and Defense and the Presidential Administration. He noted that his country is now waiting for the Ukrainians.

In turn, Alexander Lukashenko, President of Belarus, called on Kiev to sit down and hold talks with Moscow so that Ukraine does not lose its existence as a state.

Meanwhile, the Belarusian Foreign Ministry announced, according to what was reported by Al-Arabiya/Al-Hadath delegate, that Minsk had prepared everything necessary for the talks between Moscow and Kiev in Gomel, Belarus, and had also presented a solution to the protocol issues.

On the other hand, Ukrainian President Volodymyr Zelensky refused to negotiate in Belarus, saying, “We want dialogue in any place where hostility to Ukraine has not appeared,” as he put it.

He also added, according to what was reported by “Reuters”, that the Minsk negotiations could have been held if we had not attacked from Belarus.

Moscow had mobilized many of its military forces in Belarus, according to what Kiev confirmed more than once, but Moscow had previously denied carrying out strikes or entering its convoys from Belarusian territory.

It is noteworthy that the Russian military operation, which was launched at the dawn of February 24 on Ukrainian soil, was suspended on Friday for a period, according to what the Russian Ministry of Defense announced at the time, but it “resumed and resumed in all directions after Ukraine refused to negotiate.”

Burn your calories while sleeping.. 6 ways to lose weight without effort

Ko Min-jung “I didn’t like Lee Jae-myung’s first impression… I win the fight.”