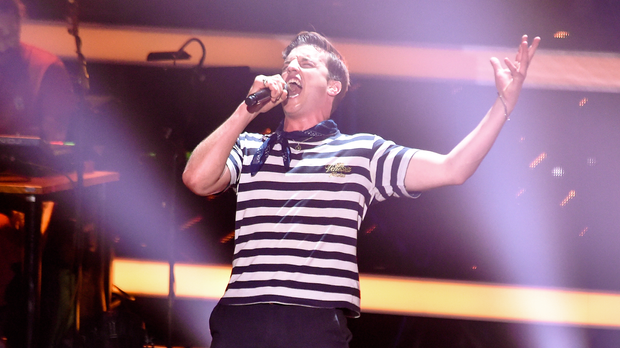 Behind this curtain hides an unmistakable voice: Bruno performs with his unique voice “Georgia On My Mind” by soul legend Ray Charles. Can he convince one of the coaches with that?

This unique performance will be remembered

Bruno Flütsch appears behind the curtain on “The Voice of Germany” stage. The audience – just like the coaches – initially only listens to his voice and the audience loves what they hear. Bruno Flütsch’s soulful performance for “Georgia On My Mind” also convinces Stefanie and Mark. Stefanie is at a loss after the performance: “Why isn’t that a four-way buzzer, do you have a bang, or what? That’s incredible!” Mark also only has words of praise for Bruno. You can see which team the talent chooses in the clip.

Bruno Flütsch sings “Georgia On My Mind” by Ray Charles

“Georgia On My Mind” is originally a jazz standard originating from composer Hoagy Carmichael. The song by the American composer has been covered countless times. Among others 1960 by Ray Charles. His version – a mix of pop, jazz and blues – won two Grammy Awards and topped the US charts.

what are the most common operations?