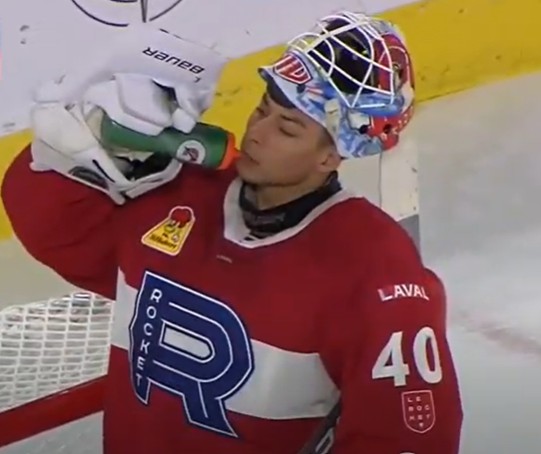 The 2021-2022 season is aligned, in large part, to be much more normal than the 2020-2021 season. First, there will be fans in the stands in all the arenas. Then the divisions return to normal and the schedule should, at best, be 82 games.

Also mentioned in @DFOHockey story: #NHL has gotten feedback from GMs concerned about third goalie availability with illness/injury. Bill Daly says we may see an addition of a “goalie taxi squad,” which could operate in similar fashion to taxi squads last year. https://t.co/FKln9RXyKk

This cerberus-specific squad taxi would work much the same as last season’s, which means that the goalie inserted in it does not count on the team’s payroll or in the NHL roster of the team.

Honestly, that’s not bad news. I loved David Ayres’ story with the Hurricanes and Maple Leafs, but it could get very complicated to juggle borders, quarantines etc if a goalie gets injured and the team is in a two games in two evenings.

On the other hand, if we take the point of view of the goalkeepers themselves, this is not great news. For a second year in a row, some of them will see virtually no playing time. For some veterans this may be acceptable, but some young goalkeepers will also be caught in this taxi squad. And the Canadian is a perfect example. At the moment, the Canadiens organization has five goaltenders under contract. Carey Price, Jake Allen, Cayden Primeau, Michael McNiven and Kevin Poulin.

Price and Allen will be in the NHL.

Primeau will be the starter in Laval.

And Kevin Poulin has a minor league contract and cannot be recalled by CH.

This means that unless there was a movement of personnel, it was McNiven who would end up on the reserve squad. Not ideal for the 24-year-old, especially considering he only signed a one-season contract on August 6.

On another note, Bill Daly also confirmed that the NHL expects the salary cap to increase by $ 1 million for the 2022-2023 season.

The NHL expects the salary cap to increase by $1 million for the 2022-23 season, according to deputy commissioner Bill Daly.https://t.co/nZxb9HMicf

It’s not a huge increase, but it’s always better than a fixed salary cap, which is already giving headaches to several CEOs at present.

The Flyers are saddened by the passing of Lou Angotti, an original Flyer and our first captain. pic.twitter.com/xvzRDBmg43

– Signature with the Islanders.

One-On-One With Brendan Shanahan: from Steve Simmons of the Toronto Sun, He understands the market and the fan base. And he can’t wait to see what comes next. “I’ve felt pressure from Day 1 on the job,” Shanahan said in a lengthy, wide-ranging interview… https://t.co/Lr1DC59gXV

The Canadian | Rafaël Harvey-Pinard, the idol of recruits https://t.co/L50wQw9Auf