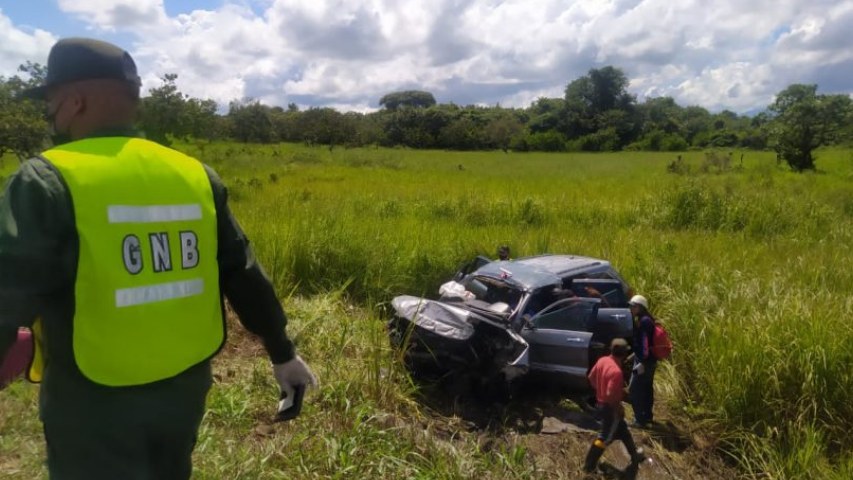 A ten-year-old minor was injured in the same incident and taken to a care center.

In Portuguesa state, three members of a family died, while a fourth was injured after the vehicle in which they were traveling hit a bridge on the José Antonio Páez highway, which connects the states of Cojedes, Portuguesa and Barinas.

According to the official report, the road accident that left three dead was recorded on the José Antonio Páez highway in the Ospino-Acarigua direction, a few meters from the point of attention of the citizen of the Bolivarian National Guard.

The victims were traveling aboard a Jeep Grand Cherokee truck, year 2011, from Cabimas, and were in Guanare before the incident.

The deceased were members of the same family group, being identified as Maryorie Roxanna Chirinos Porteles, 40 years old, her son and driver of the vehicle, Yender José Hernández Chirinos, 23, and a nine-year-old boy, grandson of the citizen and son of the latter, who suffered severe head trauma.

Of the four passengers, only a 10-year-old boy survived, who was admitted to the “Dr. Raúl Humberto de Pascuali» de Ospino, where he was diagnosed with severe head trauma and generalized polytrauma.

The investigations are being carried out by the Bolivarian National Police.

For $2 billion, the ruler of Dubai becomes the second largest investor in “Emaar”