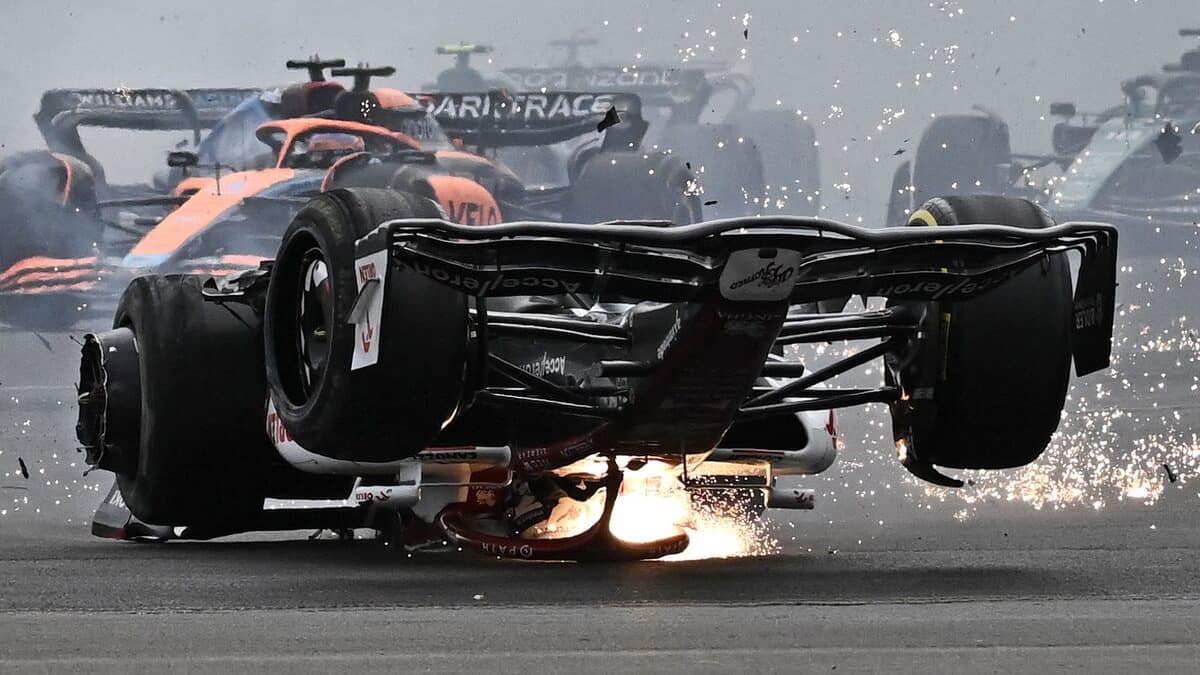 Thai Alexander Albon (Williams) and Chinese Zhou Guanyu (Alfa Romeo), two of the drivers involved in the accident which occurred on Sunday at the start of the British Grand Prix, 10th round of the Formula 1 championship, n have no “serious injuries”, said the FIA.

According to the International Automobile Federation (FIA), the two pilots “were checked at the medical center”. Zhou is currently under observation while Albon “will be transferred by helicopter to Coventry Hospital for precautionary examinations”.

Following this accident, the race was interrupted before a new start.

According to the images of the accident, the single-seaters of Pierre Gasly (AlphaTauri), George Russell (Mercedes) and Zhou Guanyu (Alfa-Romeo) came into contact as they approached the first corner.

Zhou Guanyu’s single-seater turned over to finish its race on the other side of the safety barriers, against the fences separating the track from the spectators.

Albon and Frenchman Esteban Ocon (Alpine) were also indirectly involved in the accident, the Williams being sent against the barriers as it tried to slow down.

Guy Jodoin should not be part of…