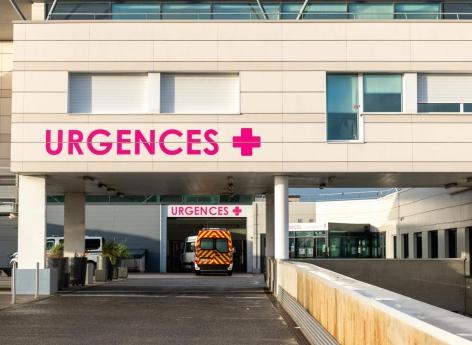 Burns, sprains, breathing difficulties, severe headaches… These different reasons can lead a person to go to the emergency room. Once arrived at the hospital, it often happens that the patient must take his illness patiently because the waiting times from his time of arrival can be very long. According to a study published in the journal Emergency Medicine Journal January 18, patients who wait more than 5 hours before being admitted to the hospital department are more likely to die within 30 days of being taken to the emergency room.

For the purposes of this work, the UK researchers relied on data from the UK Office for National Statistics and Hospital Episode Statistics (HES). The latter focused on patients who had been admitted to the emergency room in England between April 2016 and March 2018. The scientists compared the recorded deaths from all causes within 30 days of admission and took into account several factors (gender, age, time of day, service congestion at the time of the visit).

According to the results, 26,738,514 patients visited the emergency room during the study, of which 5,249,891 were admitted to the hospital department. A total of 433,962 deaths were recorded in the 30 days following the hospitalizations. “A significant increase in mortality was observed from 5 hours of waiting after the time of arrival in the emergency room”, can we read in the works. The researchers found that the death rate increased by 8% for people who waited more than 6 to 8 hours in the emergency room.

“Between 5 and 12 hours of waiting, delays lead to a dose-dependent effect (e.g. prescription of analgesics for pain relief) predictable. For 82 admitted patients whose transfer to a hospital bed is further delayed 6 to 8 hours from the time of arrival in the emergency room, there is a high risk of death”, the study authors said.

Scientists have suggested that long waiting hours delay patient care and increase the length of hospitalization. According to them, patients who have waited a long time before being admitted to the emergency room are more likely to contract a nosocomial infection. “This study confirms that care decision-makers should continue to require prompt admission to the emergency department to protect patients from hospital-associated harm,” concluded the scientists.