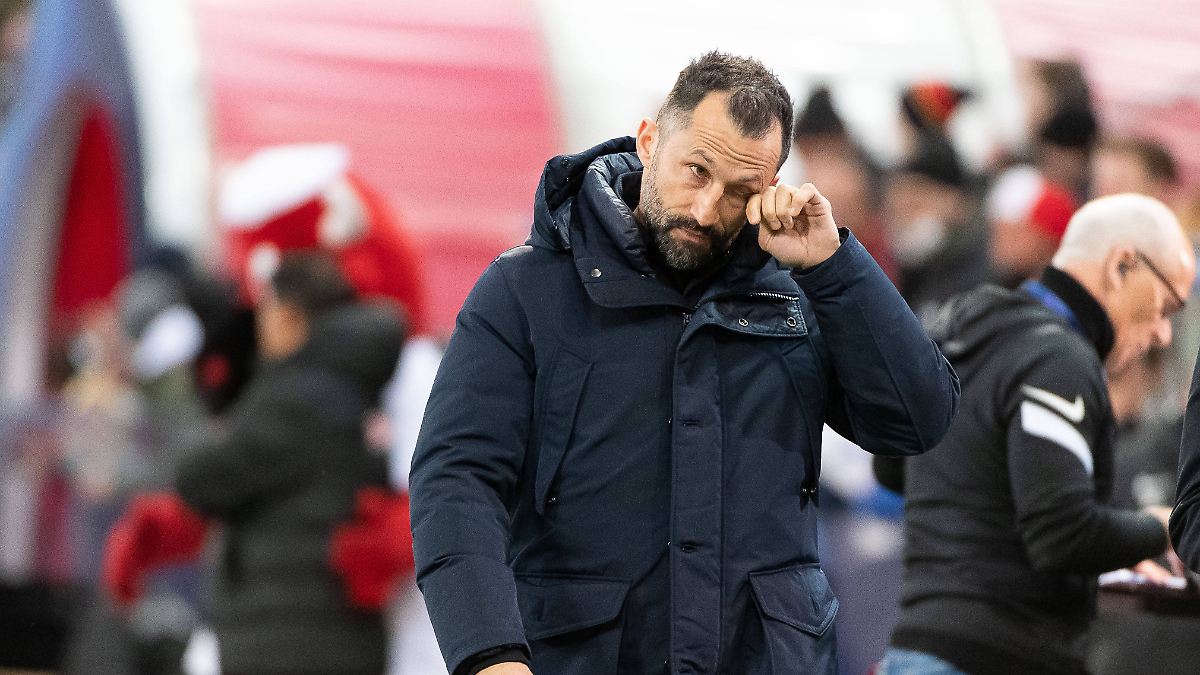 War is raging in the middle of Europe and that leaves Hasan Salihamidžić stunned. The sporting director of FC Bayern has experienced for himself what it feels like when the bombs fall. In the TV interview, he becomes extremely emotional and is reminded of his own story.

Hasan Salihamidžić knows about war. He was right in the middle. In 1992 Hasan Salihamidžić fled from his birthplace Jablanica in what was then Yugoslavia and today’s Bosnia and Herzegovina to Germany, to Hamburg, to escape the barbarism of the Balkan war. “Those were terrible times. Jablanica was bombed. A dud hit us right in the hallway. Thank God we all survived,” he told DFL-Magazine in November last year.

And only a few months later he has to talk about the war again. FC Bayern’s sporting director feels painfully reminded of his own past by the Russian invasion of Ukraine. Before the Munich game in the Bundesliga at Eintracht Frankfurt, the 45-year-old gets extremely emotional. “I just can’t believe that we’re having a war of aggression in the middle of Europe at this time,” said the agitated Salihamidžić. “I’m shocked – like all of us – and I hope this stops very soon.”

In the conversation with Sky, the Bosnian gives insights into his emotional state. “The fact that I experienced this time is the worst time you can experience. My family was down there. The worries you have are unimaginable.” Salihamidzic was 15 at the time. On his escape he was “smuggled to Croatia in a bus past several checkpoints”. At the border with Slovenia, the Croatian soldiers “laughed their heads off” when he said that his goal was Hamburg to become a professional there. Salihamidzic reached the Hanseatic city via Split and Dortmund, became a professional soccer player and finally became the sports director of the record champions.

In Frankfurt, as in the other Bundesliga games, there was a minute’s silence before kick-off to commemorate the victims of the Ukraine war. Before the game, the unmistakable message “Stop it, Putin!” was displayed on the video cube. to read. The game ended in a 1-0 victory for FC Bayern. Substitute Leroy Sané scored the winning goal in the 71st minute.