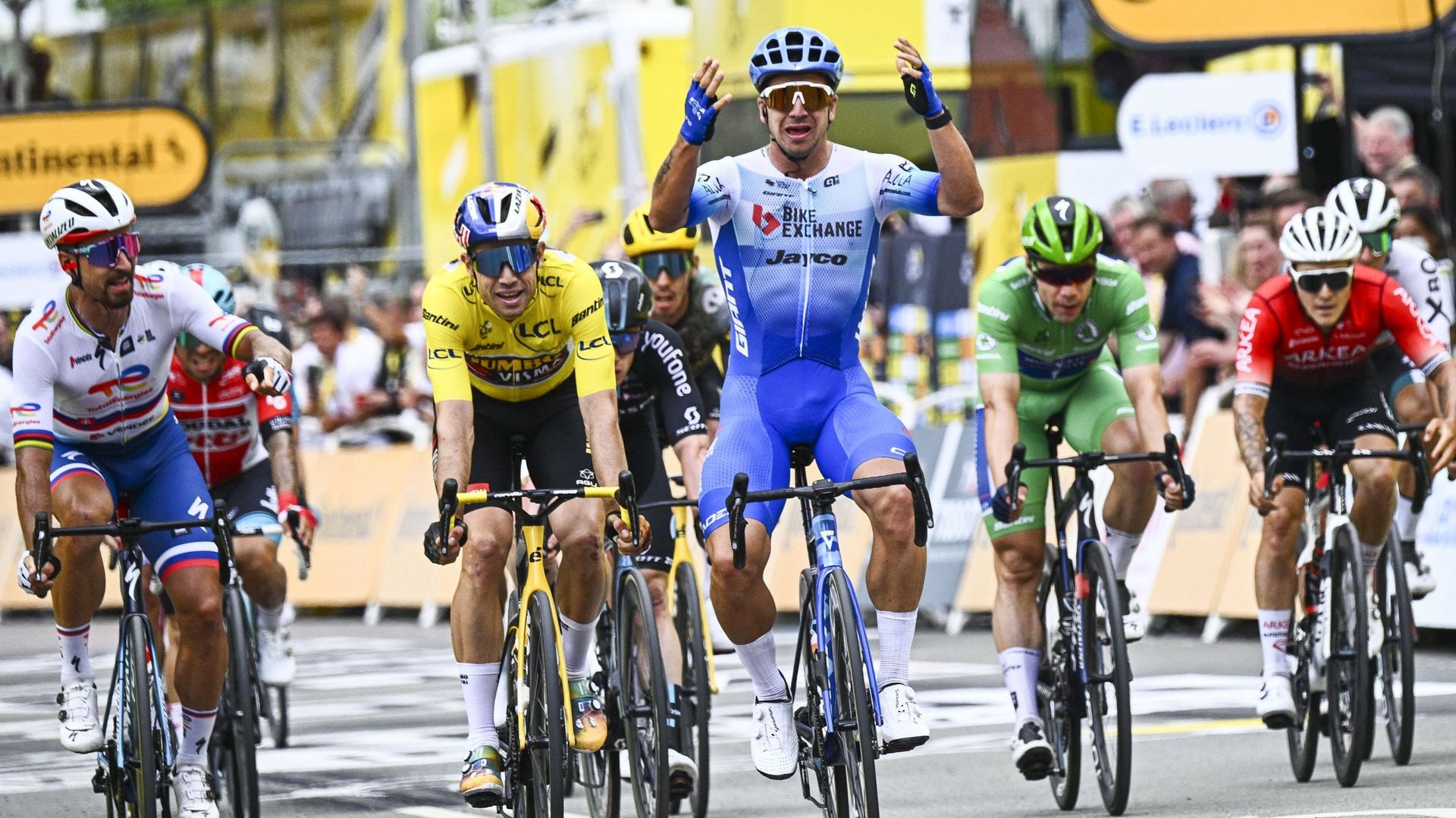 Dylan Groenewegen won in the sprint this Sunday the 3rd stage of the Tour de France 2022 which linked Vejle to Sonderborg over 182 kilometers. The Dutchman edged the yellow jersey by a fifrelin Wout van Aert and another Belgian, Jasper Philipsen.

he won a stage in two phases. In the first part of it, the Dane Magnus Cort Nielsen has joined the useful with the pleasant. Escaped alone to get the points above the 3 difficulties of the day, the polka dot jersey took a real walkabout in front of his public.
The difficulties over, he got up and the peloton rode calmly until the end of the day’s stage where he fought for victory.

Wout van Aert (Jumbo-Visma) however consolidated his yellow jersey which he had put on on Saturday at the finish of the 2nd stage in Nyborg. Thanks to bonuses, he now has a 7-second lead over Yves Lampaert (Quick-Step Alpha Vinyl). Slovenian Tadej Pogacar (UAE Team Emirates) is third at 14 seconds.

On Monday, the riders will observe the first day of rest which will also be used by the Tour caravan to reach France. The 4th stage, on July 5, will link Dunkirk to Calais (171.5 km), the day of Philippe Gilbert’s 40th birthday.