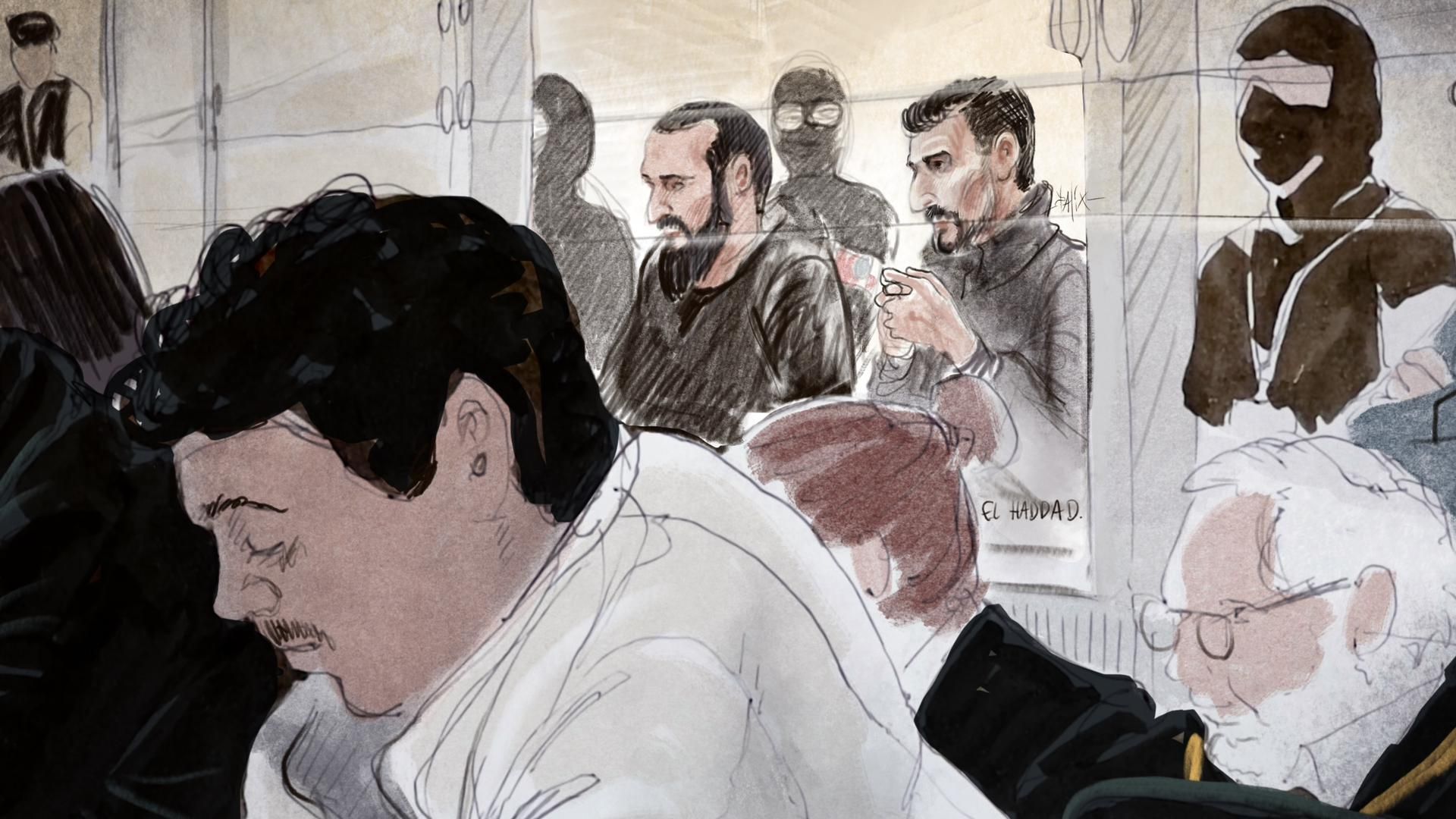 As for the president of the assize court, she read the letter she sent to the Minister of Justice, Vincent Van Quickenborne: “I would like to draw your attention to the complaints made by the defendants and their lawyers on the conditions of the search and transfer from the prison to the Justitia. With the consequent choice of the defendants to no longer attend the hearings. risk assessment escapes me…”.

Earlier in the morning, the session was suspended at the request of Me Jonathan De Taye, the lawyer for the accused Ali El Haddad Asufi. “I am hallucinating, I have never attended a trial in such conditions”, he comments while his client is lying on his arm in the dock. He wonders : “Have our hooded police friends in the box been trained in Abu Ghraib prison? My client was strangled so violently that he lost consciousness, he is marked on the back of the neck, he is not to follow this trial. However, that is his goal, he wants to attend this trial.”

I’m hallucinating, I’ve never attended a trial in such conditions

“I want a medical examiner to see the mark he has on his neck and I want him to see a doctor right away. I can call the President of the Bar, but it is out of the question for me to represent a man who is not in a condition to follow his trial. I ask you for a suspension and I want to participate in the medical expertise.”

Request accepted by the president after a conversation with the accused. “I am going to ask Mr. El Haddad to stand up. Sir, the incident will be brought by your lawyer before other legal authorities, not before me. Regarding this trial, are you able to remain in this boxes?”. “Non”, responds the accused.

“You are not in medical and physical condition or is it a choice like the one made yesterday?”, asks the president. “I lost consciousness, my head is spinning”, répond Ali El Haddad Asufi. “I am going to suspend the hearing to appoint a medical examiner who will come and examine you here in the cell”, concludes the president.

For lawyer Me De Taye, if his client was mistreated today, it’s because he dared denounce their transfer conditions yesterday.

A gastro epidemic in the jury?

The session had already started badly. There is a hole in the jury: one of the substitute jurors suffers from gastroenteritis. This is the 4th juror absent in less than a week. “We hope it was not too contagious. If there is an epidemic of gastro, we will suspend“, then announced the President of the Court.