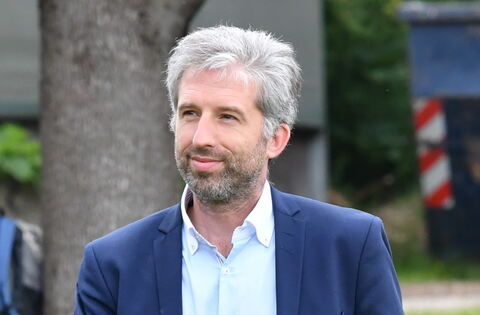 TUBINGEN. The mayor of Tübingen, Boris Palmer, will run for a third term as mayor. Palmer shared this on Sunday morning in an open letter to the citizens of Tübingen on his website With.

In the cover letter, Palmer also bases his renewed candidacy on a representative survey that he commissioned at his own expense from the opinion research institute Forsa. The result: 68 percent of all Tübingen residents are satisfied with their work, writes Palmer. 86 percent of all Greens members supported his policy in the university town. The poll results have now strengthened his decision to run as an independent candidate.

Palmer now wants to develop and present an election program by the summer. Palmer also attributes his decision to run as an independent candidate to the large willingness to donate in the past week.

After Palmer initially announced in mid-January that he would not be nominated as a candidate for the Bündnis 90/Die Grünen party as a result of the party exclusion proceedings against him, on January 24 he asked for donations for a possible candidacy.

As a donation goal, Palmer named the sum of 100,000 euros, which would usually be estimated at the Greens for a mayoral campaign of this size. A veritable fundraising marathon then ensued. In just two days, Palmer’s donation account received 24,000 euros. Palmer cracked his fundraising goal after just one week – on Saturday evening.

“Extremely pleased” with the candidacy was also the newly founded Tübinger on Sunday »Election initiative for Lord Mayor Boris Palmer«. According to GEA information, the first signatories Christoph Melchers and Eckhard Ströbel thanked all supporters in an email for their help, “with which we have achieved the first goal of the election initiative in such a short time”.

However, there is still a long way to go before the election on October 23 – “on which your encouragement and active help will continue to be in demand.” Palmer signals (as of 1/30/2022). (GEA)

a feverish outbreak in a historic balance of power with Russia