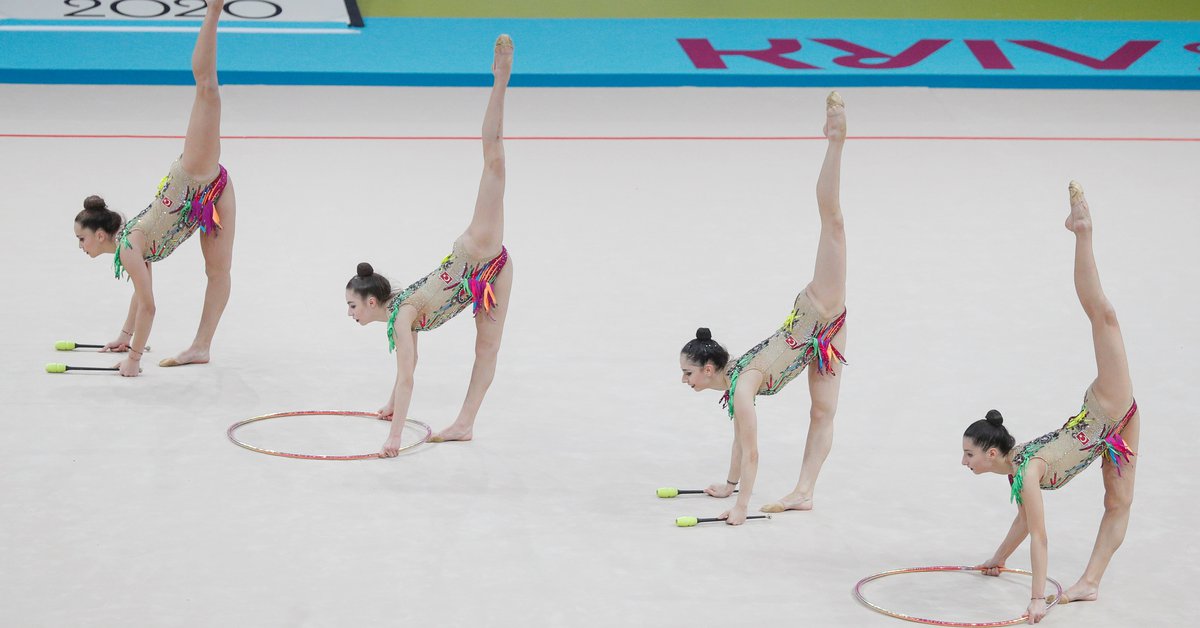 
Sports writing, Nov 28 (EFE) .- Turkey starred in the great surprise of the European Rhythmic Gymnastics Championships, which are held in Kiev, after hanging gold in the final on Saturday for sets of three rings and two pairs of clubs.
The Turkish team, who closed the qualifying round in last position on Friday, surprised everyone this Saturday with a brilliant exercise that earned the Ottomans a score of 31,150 points.
The same qualification that Ukraine obtained, which, however, had to settle for the silver medal.
Despite achieving the same note both in execution -7,150- and in difficulty -24,000-, Turkey snatched the gold from the local companies due to the lower technical deductions it had in the execution of its exercise.
If the continental crown was decided by small nuances, equally close was the fight between Azerbaijan and Israel for the bronze medal.
A fight that finally settled on the side of the Azerbaijanis, thanks to their best execution mark, after finishing both teams with a total score of 30,650.
Where there were no doubts was in the final by sets of five balls, in which Ukraine hung with a note of 35,350 points for gold, after surpassing Israel by almost one point, silver with 34,450, and by more than two to the surprising Estonia, who took a rating of 32,800 with an unexpected bronze.
Results that confirm the equality prevailing so far in Europeans marked by the absence due to the coronavirus pandemic from countries such as Italy, Spain and, above all, Russia, the world’s leading power in this sport.