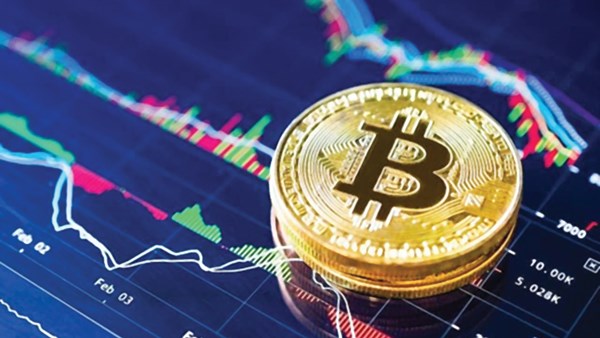 Cryptocurrencies continued losses yesterday, losing more than two trillion dollars since the beginning of the year, and about 2.1 trillion dollars since reaching their historical peak when the market value jumped to 3.1 trillion dollars in November 2021, and to reach currently about 955 billion dollars. Experts attributed the sharp decline in the cryptocurrency market to investors avoiding investing in risky assets in light of the tension in global markets, and at a time when stock markets around the world fell amid the flow of investors to the dollar as a safe haven, with the US Federal Reserve (the central bank) continuing to raise interest rates. On federal funds to rein in inflation, which has risen to its highest level in nearly 41 years.
According to the data of the “Investing” platform for cryptocurrency trading, the losses of the cryptocurrency market came, led by “Bitcoin”, which plunged below the level of $ 25,000 yesterday, after it was classified among the largest global currencies in terms of market value, with the growing state of panic and pessimistic expectations after The most famous cryptocurrency failed to maintain price levels at various support levels, most notably the $29,300 level, and fell to its lowest level in more than a year and a half.
And its market value recorded its lowest level in more than 18 months at 470 billion dollars, while it lost about 417 billion dollars of its market value since the beginning of this year. The “Bitcoin” currency had recorded the highest price peak at the level of $69,000 in 2021. By one o’clock in the afternoon UAE time, “Bitcoin” lost about 11% of its value to about $24,300, and Ethereum, the second largest cryptocurrency, fell in the range of 17 7% to the level of $ 1217, while “Ripple” fell by 12% to $ 0.307, and the “Solana” currency fell by 20% to $ 26,334.

recovery possibility
On the other hand, some experts are still hoping for “Bitcoin” to recover and achieve a significant rebound in the fourth quarter of this year, as Nigel Green, CEO and founder of “De Vere Group”, which is one of the largest independent financial advisory and asset management and financial technology institutions in the world, believes that For the rebound to occur, after the cryptocurrency broke off the longest weekly downtrend in its history, expressing confidence that the recent market pullback is close to the bottom and that a rally is imminent. Green pointed out that investors are still increasingly looking at the “Bitcoin” currency as an alternative to the dollar, especially as the US government has begun to frantically add digital dollars to its economy during the pandemic, and that the rebound will be supported by increased investment from major institutional investors, who are bringing with them. The capital, experience, and reputational draw, as well as savvy investors, who value the present and future inherent value of cryptocurrencies, will now move to take advantage of the current low valuations.
He explained that global financial regulators are increasingly looking to establish a regulatory framework because they take cryptocurrencies more seriously as a financial asset and a medium of exchange, concluding by saying that this “regulation”, which I believe is inevitable, will provide more protection, and therefore more confidence, for each From individual and institutional investors.

panic signs
Signs of stress and panic are evident and have deepened in cryptocurrency markets, said Aaron Leslie John, head of research at Century Financial, with crypto lender Celsius Network announcing that it will temporarily halt withdrawals and transfers between accounts due to “extreme market conditions.” It is the latest sign of stress in the cryptocurrency industry. He stressed that there is a very likely scenario for another cryptocurrency or stock exchange to break important price levels, as market turmoil has entered a completely pessimistic area that emerged through the drop in the total market value of cryptocurrencies to less than a trillion dollars for the first time since January of last year, when the dominance of “Bitcoin” reaches Currently 46.3%. John noted that with the current moves, the entire crypto market is about to wipe out the gains of the bull market cycle, as current levels are just a few percentage points from the December 2020 lows, and this reduces the full euphoria surrounding the “crypto” space. and “Blockchain”.

8 thousand dollars .. possible?
Analysts’ statements about the future of cryptocurrencies aggravated their losses, especially since senior investment officials in international financial institutions did not rule out a drop in “Bitcoin” to a price of nearly $8,000, which means a decrease of about 70% compared to its current levels, which will deepen the losses of the crypto market. According to Scott Minred, chief investment officer at Guggenheim, and reported by CNBC, “Bitcoin” after falling below $30,000, $8000 will be the final bottom, expressing his belief that it may reach this price, especially with The Fed being restricted. In the same context, Peter Schiff, chief economist and global strategist at Euro Pacific Capital, said that the future of “Bitcoin” looks bleaker after breaking several important support levels, stressing that a drop below the $30,000 level could be followed by a decline to less than 10 thousands of dollars. The market value of the cryptocurrency market decreased by more than 200 billion dollars, down to levels below 1.1 trillion dollars, compared to 1.3 trillion dollars before the mass drop, due to US inflation data.

Fury in Peru for “treacherous fan”: he took all his money from the AFP and bet on Australia