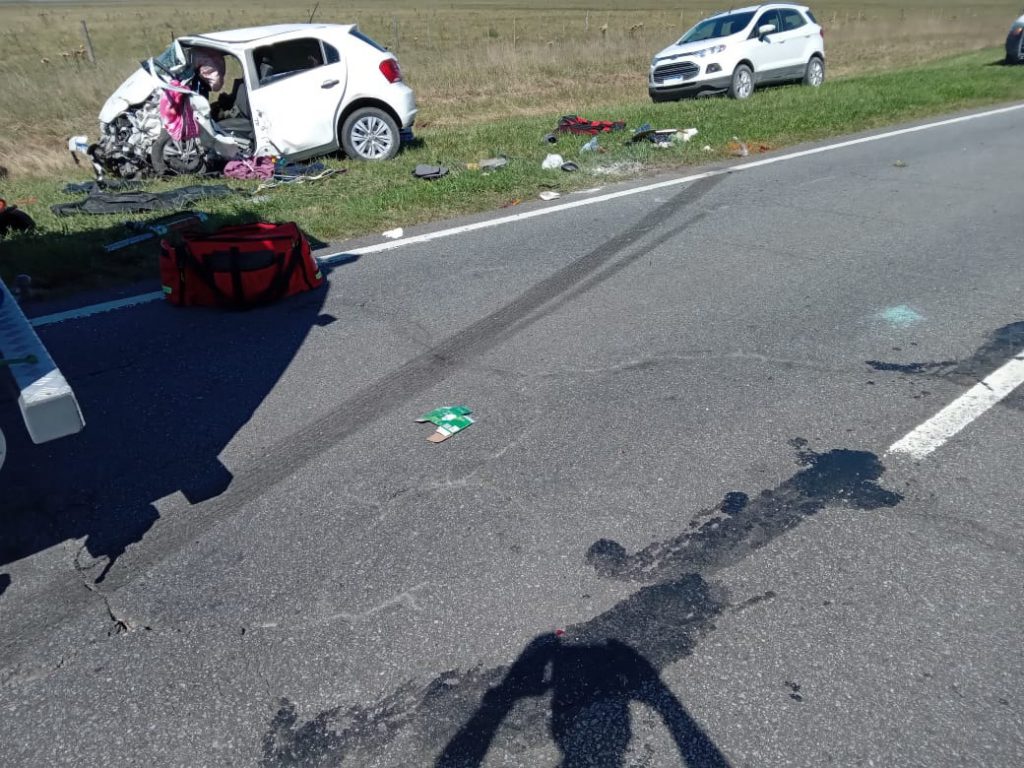 A 76-year-old woman and a 20-year-old woman, both from Mar del Plata, died this morning in a tragic road accident near the town of Energia and in which the occupants of the other car involved also died.

According to official information accessed by LA CAPITAL, in the vehicle in which the women from Mar del Plata were traveling, there was also a minor under 3 years of age who was transferred to Maternal and Child with a fracture.

The incident occurred at kilometer 77 of Route 228, in the section between the towns of Energía and Tres Arroyos.

The Chevrolet Corsa Classic that was moving towards Tres Arroyos was driven by Rita Mottino (76), accompanied by Nicole Bertolotti (20) and the youngest of 3 years. The causes of what happened are being tried to establish, but due to the position of the vehicles and the place of the blows, it is believed that the Chevrolet left the shoulder and was “shot” again towards the road.

At that time, a Volkswagen Gol was traveling in the opposite direction in which Carla Pérez (30), a police officer from the Trenque Lauquen district, and Alejo Escaburu (24) were traveling, and could do nothing to avoid the crash.

La Gol hit the right side of the Classic with its frontal part with such violence that the three deaths were instantaneous.

The minor was rescued as well as the young man in the other car and they were urgently taken to a health center in San Cayetano.

After verifying the serious condition of the young man, he was referred to the HIGA in Mar del Plata, while the girl, having her entire family in this city, also traveled, although only with a fracture, to the Materno Infantil.

After 8 pm this Friday, the death of Escaburu was confirmed.

The San Cayetano Communal Police Station, the Necochea Scientific Police and firefighters from the area intervened.