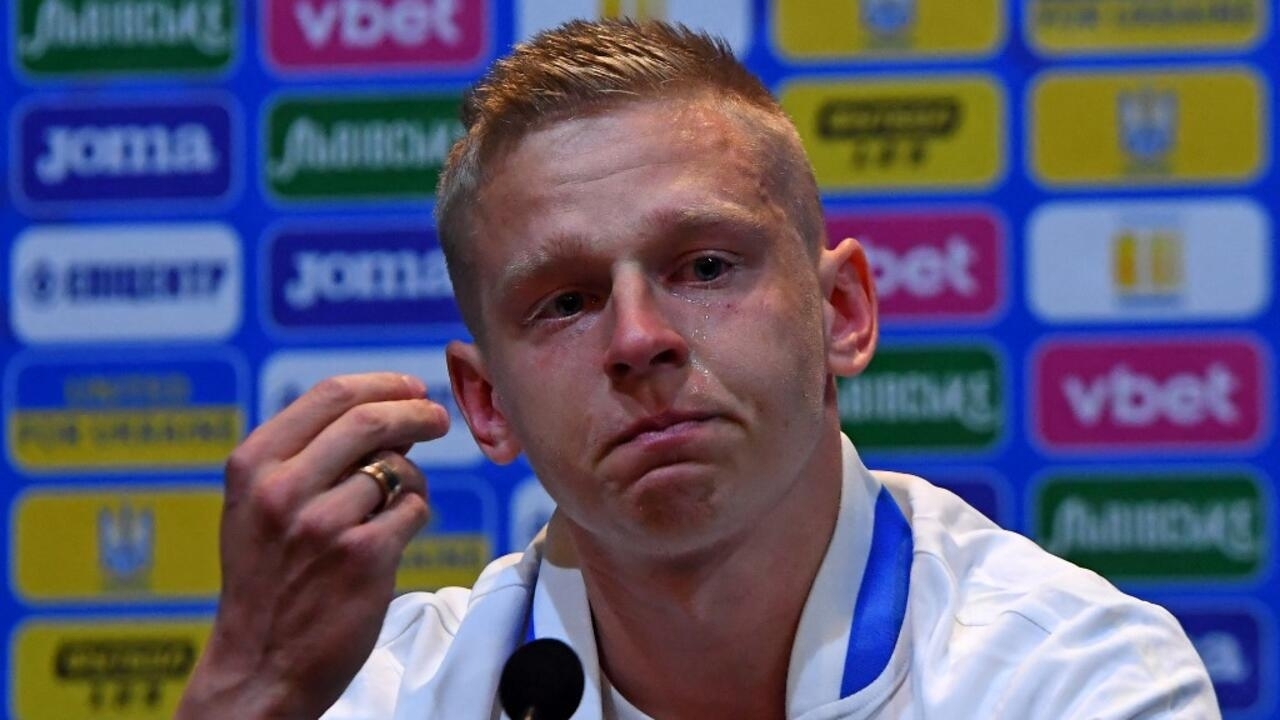 Ukraine are playing much more than a World Cup play-off semi-final against Scotland on Wednesday in Glasgow. The national team will defend the pride of a country attacked by Russia and try to bring some comfort to a population martyred by war. A very difficult meeting to prepare for the players and the management of the “Zbirna”, whose last official match dates back to November.

When Russia invaded his country, Ukraine coach Oleksandr Petrakov tried to enlist in the ranks of the Ukrainian Armed Forces. But his request was denied as authorities told him he would be more useful in his role as manager in qualifying Ukraine for the World Cup.

Manchester City player Oleksandr Zinchenko also said he considered joining the Ukrainian army to defend his country. But he will be fine on the pitch against Scotland on Wednesday 1is June, to help Ukraine take a new step in the qualification process for the World Cup-2022.

“It’s impossible to describe how we feel. What is happening in our country is unacceptable. We must stop this aggression, all together. Ukraine is a country of freedom, I will never give up,” Oleksandr said. Zinchenko.

Zinchenko traveled to Slovenia to prepare for these play-offs, and Ukrainian club players were allowed to leave the country. He was accompanied by other expatriate players like Andriy Yarmolenko (West Ham) and Roman Yaremchuk (Benfica).

“All Ukrainians want only one thing, for this war to end,” added the midfielder. “The Ukrainian team also has its own dream, to go to the World Cup. It wants to give incredible emotions to the Ukrainians because they deserve it at this time”, added Zinchenko, finishing his conference, very moved. Press.

The game between Scotland and Ukraine in Glasgow was originally scheduled to take place in March but was postponed after the dispute began. The winner of the match will face Wales in Cardiff on June 5 to secure a ticket for the World Cup organized in Qatar at the end of the year and join Group B with England, the United States and the ‘Iran.

“It’s crucial to stay focused” on football and try to forget about the war for 90 or 120 minutes, Oleksandr Petrakov told the Slovenian daily Delo, the “Zbirna” having prepared for Brdo pri kranju, at some 20 km north of the capital Ljubljana.

“During training, the use of mobile phones is strictly prohibited,” added the coach who succeeded Andryi Shevchenko last summer. The players, he acknowledged, “could be swept away very quickly”, as “their thoughts are always drawn elsewhere and they have to be calmed down again and again, their families are in Ukraine, their friends on the battlefield”.

A tough game for Scotland

The shadow of war will inevitably hang over this meeting. “It’s the most important match in our history,” Iryna Koziupa, a journalist for the sports site tribuna.com, which covers the national team, told AFP. “It’s not even about football anymore but about hope for all the people in Ukraine. It will be a sign that the war doesn’t break us,” she adds, explaining that she will be covering the match “since at home, in front of my computer”.

“Only a small group of journalists followed the team in Slovenia, then in Scotland”, explains to AFP the usual interpreter of the selection, Andriy Bidnyk, but who “does not work for the journalists, this time”. He stayed at home, in Dnipro, a city “still safe at the moment, fortunately”, he specifies. “This game against Scotland offers some fresh air, at least for a while,” noted Andriy Bidnyk. “It’s a chance to win another battle, peaceful this one.”

In this very particular context, Scotland does not have a good role, for all that a victory for Ukraine would represent, symbolically. “We gave them all the time they needed” (the match had been postponed, editor’s note), “Scots captain Andy Robertson told the BBC. “We helped them as much as we could, but on Wednesday night, we have to be ready to fight for our dreams”.

A final qualification for Ukraine would be a great story, but “the symbol is the solidarity we have shown,” UEFA president Aleksander Ceferin told AFP. “But on the pitch, every team has to play. I’m sure Scotland will play business as usual, which is the right thing to do.”

“I will never forget it…”: Cecilia Bolocco revealed unknown gesture of Diana’s ex-husband during Máximo’s treatment