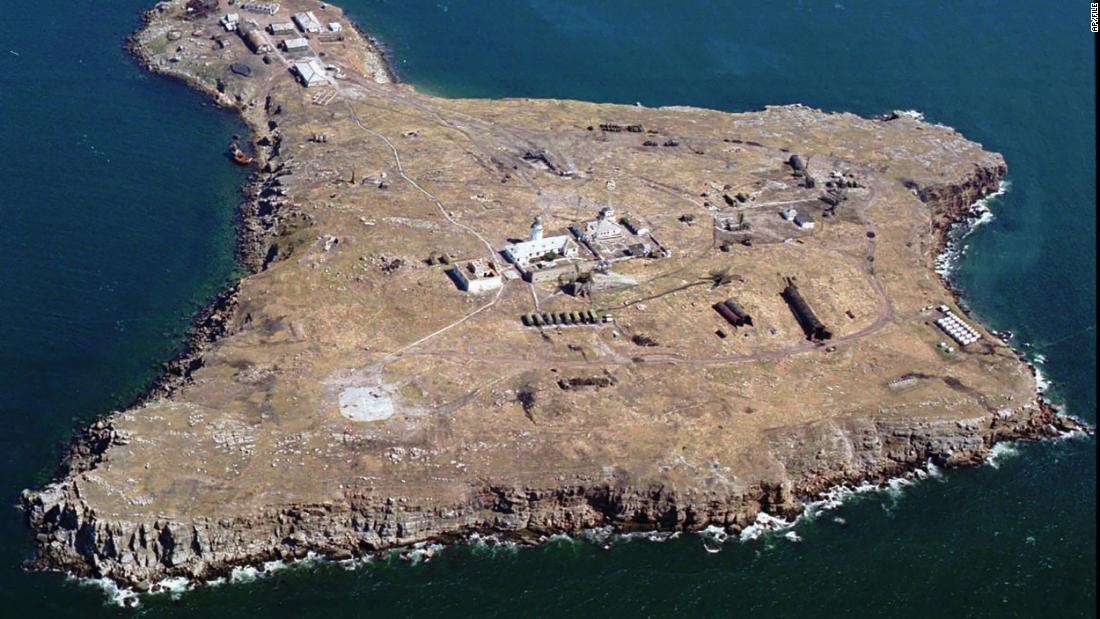 Hear a Ukrainian soldier’s defiant response to a Russian ship 1:30

(CNN) — The defenders of the island of Zmiiniy – also known as Snake Island – in the Black Sea, who were initially feared dead, are “alive and well”, according to the Ukrainian Navy.

On Monday, a Navy statement said soldiers on the island repelled two attacks by Russian forces but were ultimately forced to surrender “due to lack of ammunition.”

According to the statement, the Russian forces completely destroyed the infrastructure of the islands: lighthouses, towers and antennas.

Over the weekend, the Ukrainian Border Guard Service said it had received information that all 82 soldiers may be alive.

Russian state media also showed the arrival of the Ukrainian soldiers in Sevastopol, Crimea, where they are being held.

Last week an alleged audio exchange was reported, as the Russians were approaching Snake Island, and a Russian serviceman said, “This is a military warship. This is a Russian military warship. I suggest you lay down your arms and surrender and avoid unnecessary bloodshed and casualties. Otherwise you will be bombed.”

Until that moment, those were the last words that were heard from that island.

President of Ukraine Volodymyr Zelensky reported that the 13 Ukrainian defenders were killed in a Russian shelling.

“All the border guards died heroically, but they did not give up. They will be awarded the title of Hero of Ukraine posthumously,” Zelensky said.

Although it is only about 18 hectares, a report last year by the nonpartisan Atlantic Council think tank said it is “key to Ukraine’s maritime territorial claims” in the Black Sea.

Are effervescent tablets bad for your health?

Cristina Kirchner’s message: how to support Putin without saying so